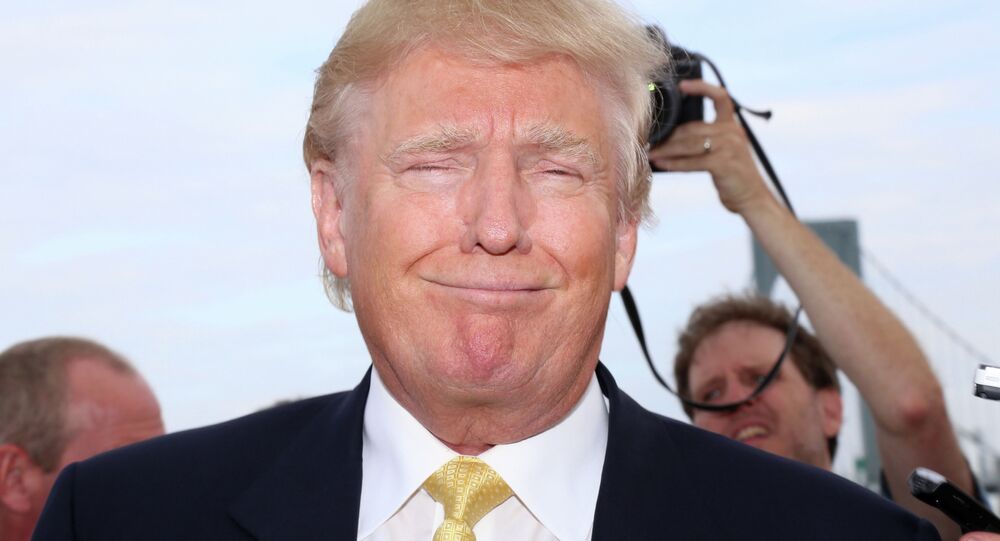 Billionaire Donald Trump’s presidential campaign is doubling down on their outrageous claims that “thousands” of Muslims in Jersey City were seen on television celebrating the attacks on the World Trade Center on September 11, 2001. They are now flat-out accusing the media of a conspiracy.

In an interview with Breitbart News, Donald Trump’s campaign manager Corey Lewandowski demanded that the widely-disproven footage does infact exist, and that the campaign forwarded it to media outlets who refuse to cover it, as part of an “anti-Trump conspiracy.”

“For the mainstream media to go out and say that this didn’t happen is just factually inaccurate,” Lewandowski stated. “We know it happened. They should go back and check the FBI records. Mr. Trump has provided them to local media outlets that have covered this coverage that they don’t want to go and talk about.”

He then accused the media of pushing an agenda to have an “establishment candidate” elected.

“He’s provided many opportunities for them to go and see it but they have their own agenda, the media has their own agenda,” Lewandowski claimed. “They want to try and discredit as many people as possible so they can have an establishment candidate come in and think that everything is going to be the same because they are all controlled by the special interests and they are all controlled by the media and it is what the American people are just so tired of.”

Politifact, a politician fact-checking website, deemed Trump’s “pants on fire” regarding his claims, the biggest lie rating one can receive on the site.

In fact, Trump has earned more “pants-on-fire” ratings from Politifact than any other candidate so far. Even Ben Carson, who so far has not received a single “true” rating from the site, is behind Trump when it comes to false statements.

The mayor of Jersey City has also come out against Trump’s claim.

“Trump is plain wrong, and he is shamefully politicizing an emotionally charged issue,” Mayor Steve Fulop said in a statement. “No one in Jersey City cheered on September 11.”

“Clearly, Trump has memory issues or willfully distorts the truth, either of which should be concerning for the Republican Party,” Fulop said.