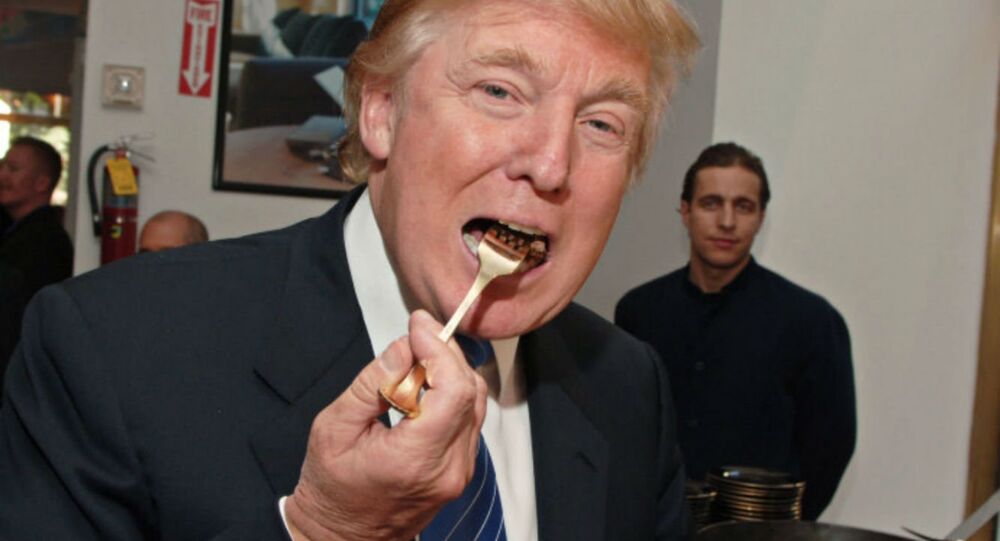 It’s become something of a national tradition: as American families gather for Thanksgiving, politics can become a divisive issue. Most hope the conversation just sticks to questions about the stuffing recipe. But a recent poll found that of all current US presidential candidates, Donald Trump would be the one most likely to ruin the meal.

While Republican presidential frontrunner Donald Trump might find himself the subject of some of those opinions on Thursday, a recent poll by Public Policy Polling shows that he is also the candidate most likely to be that uncle.

© AP Photo / Charlie Neibergall
Sixth Sense? Trump Claims When It Comes to Terrorism, He 'Can Feel It'

When asked which US presidential hopeful they believe to be most likely to ruin Thanksgiving dinner, 46% of those polled pointed the finger at Trump.

This may be, in part, because Trump says things publically which most of us would be ashamed to say even privately.

"When Mexico sends its people, they’re not sending their best…They’re bringing drugs. They’re bringing crime. They’re rapists. And some, I assume, are good people," Trump said during his presidential campaign announcement, summing up his views on immigration.

"NBC News just called it 'The Great Freeze' – coldest weather in years. Is our country still spending money on the GLOBAL WARMING HOAX?" he wrote on Twitter in 2014, expressing his nuanced views on science.

"Robert Pattinson should not take back Kristen Stewart. She cheated on him like a dog, and will do it again – just watch. He can do much better!" he wrote on Twitter in 2012, bravely taking the plunge into the dicey, partisan world of "Twilight" gossip.

Not to mention recent, blatantly racist comments about Muslims in America. Placed in a comfortable setting among friends and family, who knows what Trump what say.

In second place was Democratic frontrunner Hillary Clinton at 22%, followed by Bernie Sanders at 7%, Jeb Bush and Ben Carson at 6% Ted Cruz at 4%, and Marco Rubio at 1%.

Conversely, 17% of those polled named Trump as the one candidate they would invite over for dinner, though a large portion of those must be in it for the fireworks.

A baffling 8% said they would most like to have Cruz over for Thanksgiving, but, seriously, who wants to watch that man eat?