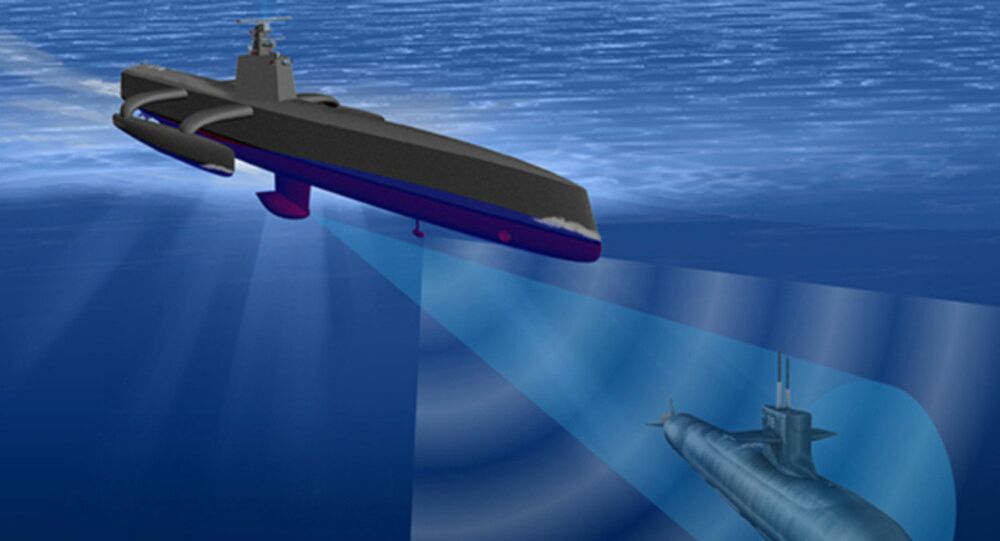 With its new sonar, the US military's prospective anti-submarine drone would be able to detect stealthy submarines in shallow waters.

The new Raytheon-made sonar allows the ship, which is an unmanned trimaran, to carry out search missions and call in manned ships to destroy submarines. The unmanned ship is expected to begin testing in early 2016.

© Photo : Youtube/YWG050310's channel
New US Ghost Ship to Trace Russian, Chinese, Iranian Diesel-Electric Subs
DARPA is also developing a system to allow identification of the ship, as currently the ship's operation violates maritime law by not being able to correctly provide identification while unmanned.

The new ship is meant to counter increasingly stealthy diesel-electric submarines made by Russia and China.

"Equipped with air-independent propulsion systems and advanced lithium-ion batteries, the next generation of diesel-electric boats will even be harder to track down and destroy in the event of a naval conflict," The Diplomat previously reported.

In order to counter this "asymmetrical threat" the US military DARPA kicked off a project aimed at designing a US Navy robot ship capable of tracking enemy diesel-electric subs.