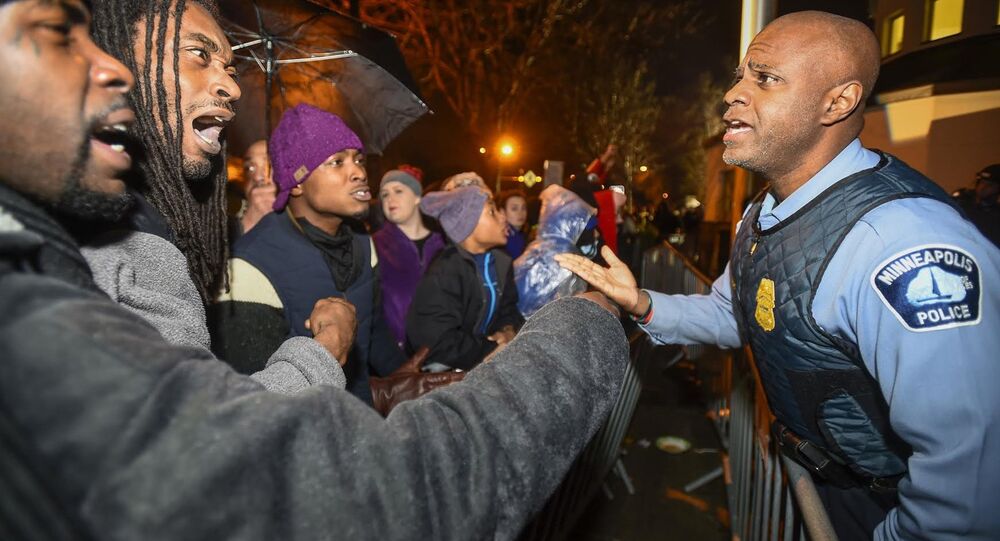 According to media reports, 5 people participating in Black Lives Matter protests were shot in north Minneapolis.

The incident happened late Monday near the 4th Precinct police station, where Minneapolis residents have been engaged in a sit-in protesting the November 15 killing of an unarmed African-American, Jamar Clark, during a struggle with police.

"A group of white supremacists showed up at the protest, as they have done most nights," Miski Noor, a media contact for Black Lives Matter, was quoted as saying by the Star Tribune newspaper.

According to Noor, the protesters tried to drive the group away, after which "they opened fire on about 6 protesters," hitting five.

Those who were shot were hospitalized with non-life-threatening injures, deputy police chief Medaria Arradondo said, as cited by the newspaper. No arrests have been made.

Long-standing racial tensions in the United States have frayed increasingly following the high-profile murders of two unarmed black US nationals last year in which separate grand juries declined to pursue indictments against police officers who performed the killings.

Four People Killed in Shooting in US State of Maine