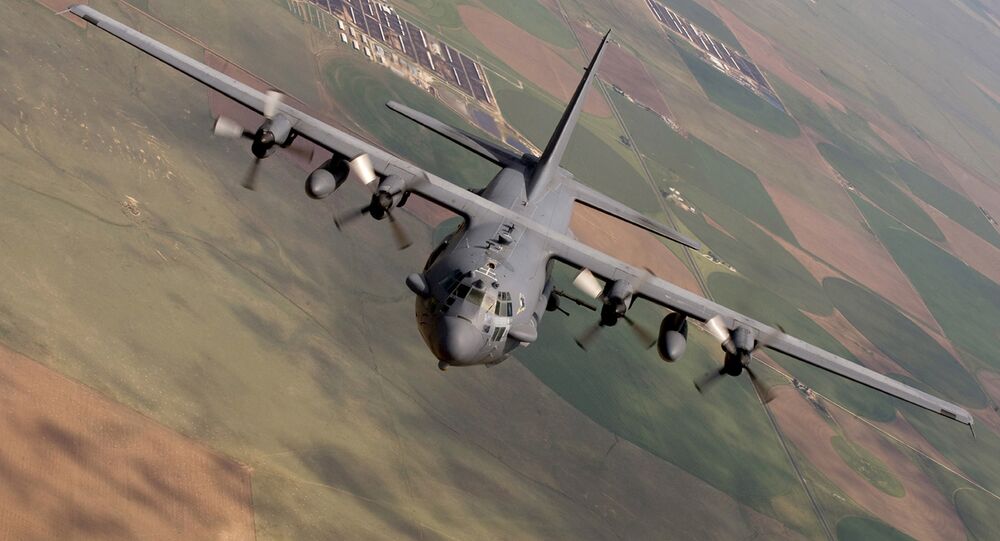 The US Air Force (USAF) has lost one of its brand-spanking-new AC-130J Ghostrider Gunships, which had to be scrapped after a test-flight went horribly wrong: the crew lost control and “momentarily inverted”, losing approximately 5,000ft (1,500 m) of altitude. No one was killed during the crash, but the asset suffered $115 million worth of damage.

The US Air Force Materiel Command has revealed it had to scrap its highly-modified Super Hercules after it received damage estimated at more than $115 million, as a result of a flight-test failure.

© Wikipedia /
US Plans to Fit AC-130J Ghostrider Gunship With Pain Ray System
In an Accident Investigation Board report, released earlier this month, it described the incident, which happened during a “medium-risk flying qualities” test set, part of the new AC-130J testing process.

“While being operated at roughly 15,000ft, (over 4,500 meters) “the aircraft exceeded the targeted angle of sideslip until it departed controlled flight,” the report states.

It “momentarily inverted, before being recovered after losing approximately 5,000ft (over 1,500 m) of altitude.”

The aircraft’s crew fortunately escaped injury, returned to base and landed safely.

But the Ghostrider, having exceeded its operating g limits and design load, was a complete write-off.

© Flickr / Gonzalo Alonso
US Air Force Struggling to Come Up With Cash For New F-35s
Investigators have attributed the incident to the pilot’s “excessive rudder input during the test point, followed by inadequate rudder input to initiate a timely recovery from high angle of sideslip due to over-controlled/under-controlled aircraft,” along with the “wrong choice of action during an operation.”

The test-flight was operated by personnel from the 413th Flight Test Squadron based out of Eglin Air Force Base. The flight took place over the Gulf of Mexico on April 21, approximately 40 miles south of Pensacola.

The US Air Force Special Operations Command received its first AC-130J at Hurlburt Field AFB in Florida in July 2015, to support testing. Once in frontline use, the model will be equipped with weapons including a 30mm cannon, 105mm cannon and a variety of precision-guided air-to-surface munitions. The service plans to have an operational fleet of 32 by fiscal year 2021, with the initial capability slated for 2017.