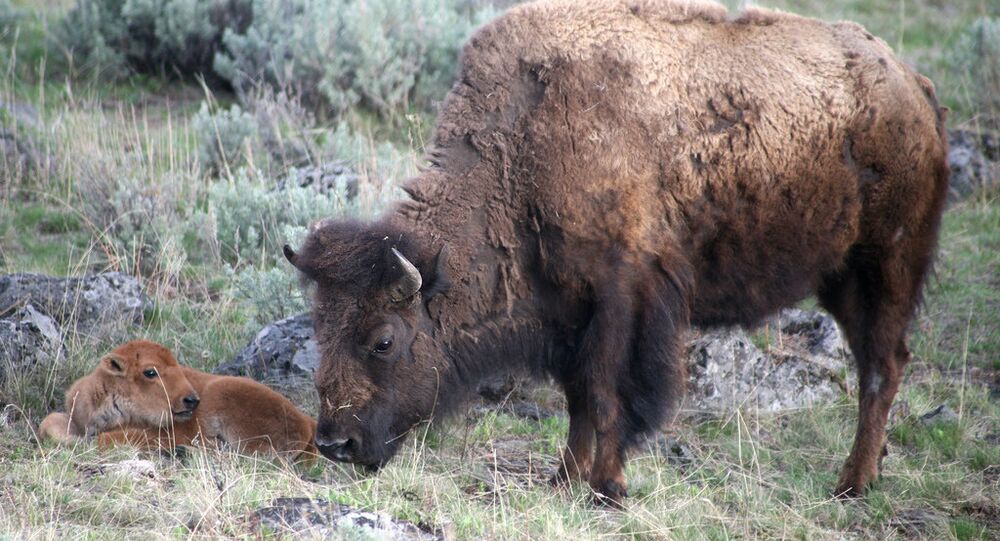 Yellowstone National Park, home to one of the largest wild bison herds remaining on Earth, is considering killing some 1,000 animals this winter.

© Flickr / ndomer73
Anthrax to Blame? Mysterious Bison Deaths Under Investigation in Montana
According to the national park's officials, they have no other recourse but to deliver around 20% of the park's bison to Native American tribes for slaughter.

That's because winter annually drives the animals beyond the park's boundaries to the southwest of Montana, where they may infect cattle herds with brucellosis, a bacterial disease that can cause pregnant animals to miscarry their young.

In 2000, the US federal government signed a pact with Montana, and that controversial agreement obliges Yellowstone to conduct yearly bison culling in order to control their numbers.

© Flickr / Ed Sweeney
Hundreds of Bison Led to Slaughter as Yellowstone Culls Endangered Species
This summer Yellowstone estimated there to be about 4,900 bison on its territory, which significantly exceeds the park's target bison population of 3,000. That's taking into account that hundreds of bison are been killed each year. In the hopes of reducing the population's reproductive rate, officials have proposed slaughtering mostly females and calves this time.

Federal, state and tribal officials managing the bison deliberated to move on Thursday, but the final decision hasn't been announced yet.

"No formal decision has been made, but the park proposal is for 1,000 fewer bison," Yellowstone spokeswoman Amy Bartlett said, according to Reuters.

300 of those doomed are expected to be killed this winter by hunters, including from tribes that have treaty rights in the Yellowstone area. Others will be captured and killed or used for research.

"Through the legal agreement, the National Park Service has to do this," a Yellowstone spokeswoman explained. "If there was more tolerance north of the park in Montana for wildlife, particularly bison… to travel outside the park boundaries, it wouldn't be an issue."

Not everyone in Montana, however, supports the culling.

He added that the plan reminded him of the time when similar extermination campaigns pushed bison to the edge of extinction. At the turn of the 20th century, there were only about two dozen bison in Yellowstone park. Conservation efforts and augmentation from private herds replenished the animal's numbers.