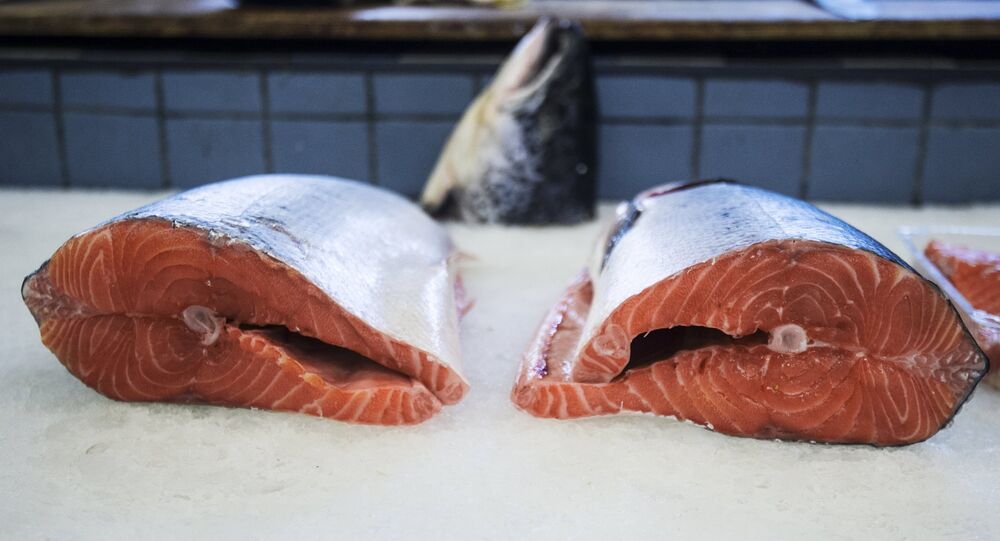 US advocacy group Organic Consumers Association claims that the US government’s approval of genetically modified fish is a victory for the industry and loss for consumers.

WASHINGTON (Sputnik) — The US government’s approval of genetically modified fish is a victory for the industry and loss for consumers, US advocacy group Organic Consumers Association told Sputnik.

© AFP 2020 / REMY GABALDA
US Consumers 'Must Be Better Informed About GMO Products'
On Thursday, the Food and Drug Administration (FDA) approved genetically engineered salmon as fit for consumption, allowing the first GMO animal products to be sold in the United States.

“In yet another industry-friendly decision, the FDA is willing to unleash GM salmon into the market place, with no long-term studies proving this product is safe for human consumption,” the group’s Associate Director Katherine Paul said on Thursday.

Paul added that is “another win for industry, and another loss for consumers.”

“Unless consumers live in Alaska, the salmon will show up in grocery stores without labels to distinguish it from non-GMO salmon,” he concluded.

The genetically engineered salmon was developed by AquaBounty Technologies, and will be raised in the land-based facilities in Panama and Canada.