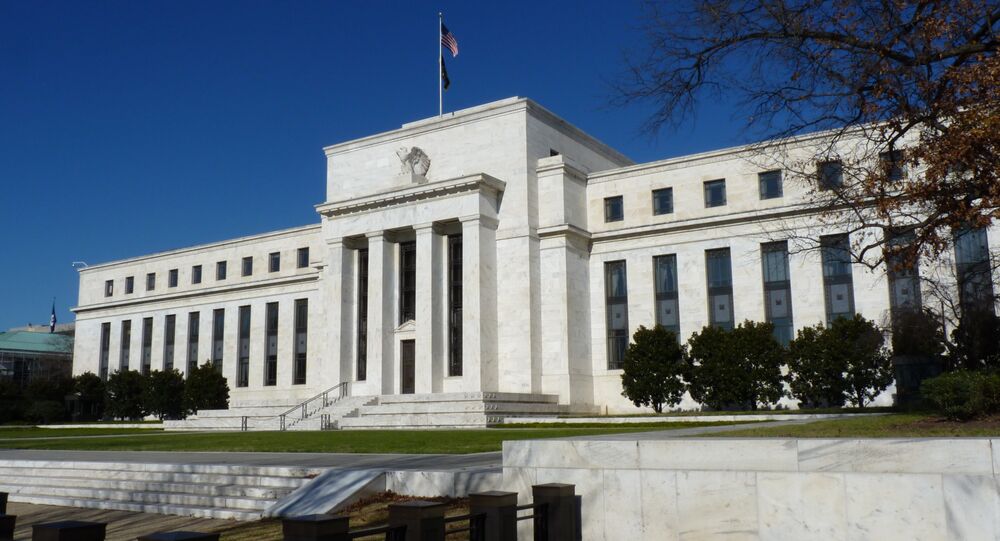 Five Major US Creditors Want Their Money Back

Five major purchasers of US debt have been selling US government bonds in a sign of a global economic slowdown spurred by China, according to figures just released by the Federal Reserve Board in Washington.

© REUTERS / Leonhard Foeger
Gold Repatriation From Federal Reserve Would Shatter US Economic Hegemony
The largest holder of US Treasuries, China shed $12.5 billion in American bonds in September with Japan selling a hefty $19.9 billion.

Russia slashed its holdings by a mere $0.8 billion to $89.1 billion after a seven-year record purchase of $21.4 billion in July and August.

In September Britain and India shed $8.9 billion and $2.1 billion in US bonds while the BRICS countries sold an equivalent of $18.9 billion.

These sell-offs were made up for by massive purchases by Ireland, Switzerland, Luxembourg, Singapore and a number of other creditors.

As a result, September saw foreign central banks buying 3 billion dollars’ worth of US Treasuries in the first such jump in five months bringing the total figure to just over $6.1 trillion.

Since January, large government purchasers of US debt have shed 115.3 billion dollars’ worth of US notes and bonds.

If this trend continues, 2015 will become the first time sovereign creditors have sold US Treasury bonds.

Gold Repatriation From Federal Reserve Throws US Economy in Crisis