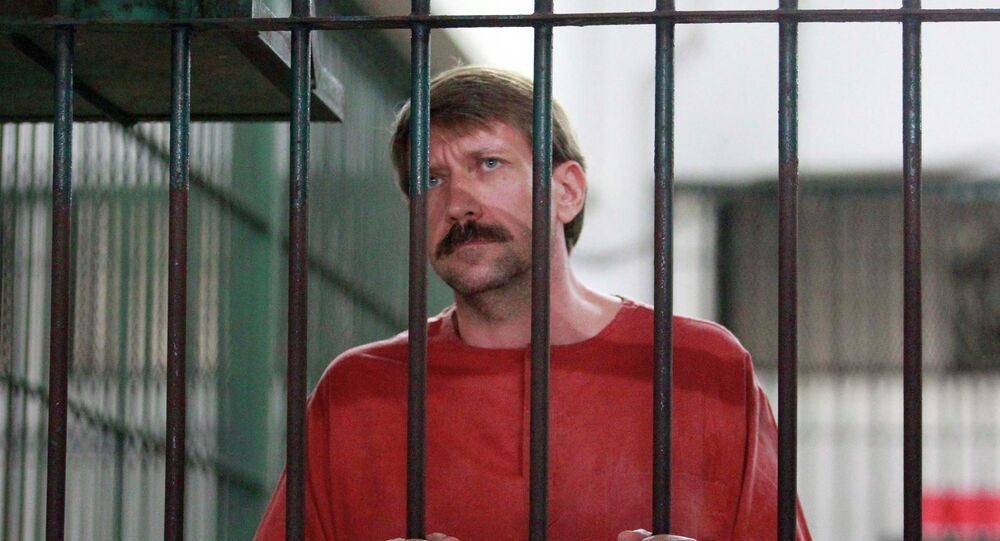 Viktor Bout’s attorney Alexei Tarasov claims that the US government’s recent decision to lift sanctions against the Russian businessman will make it easier to defend him in court.

"It’s going to make it easier for the defense team to help Viktor, to actually work for him," Tarasov said on Wednesday.

In 2011, the United States sentenced Bout to a prison sentence of 25 years, and he is held at a medium-security prison in Marion, Illinois.

© Sputnik
Moscow Urges US to Respect Rights of Convicted Russian Citizen Bout
Bout was arrested in Bangkok in 2008 in a joint operation between Thai and US authorities, who accused him of conspiring to kill US soldiers by allegedly agreeing to supply Colombian militants with weapons.

According to Tarasov, the sanctions required for special reports to be filed with the US Office of Foreign Assets Control (OFAC) with regard to attorney compensation and various pleadings filed on behalf of the defense.

"I, of course, welcome the new decision that will for the most part obviate all of these requirements," Tarasov added.

On September 2, the UN Security Council in a separate decision amend sanctions against Liberia and removed nearly two dozen individuals, including Bout, from the sanctions list.