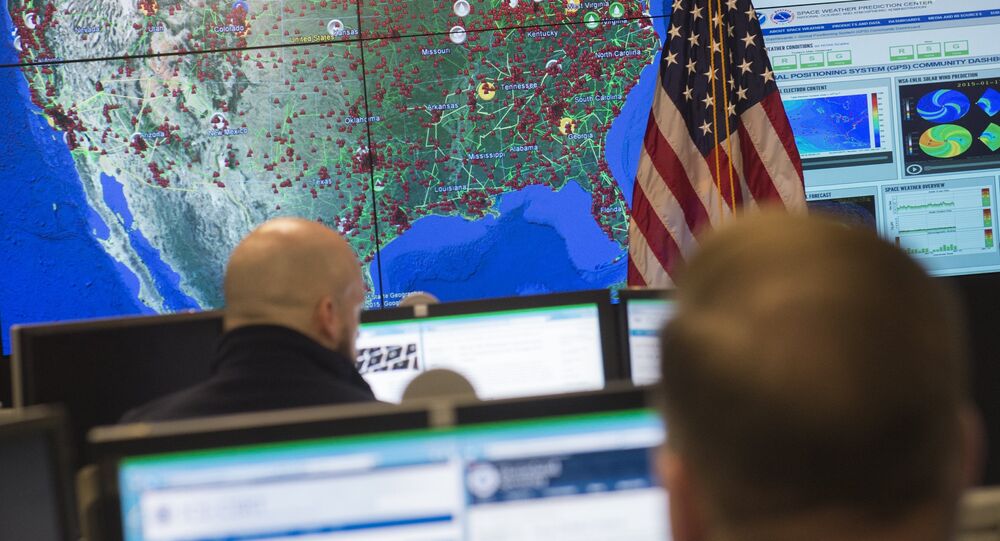 Government Accountability Office (GAO) made about 2,000 recommendations to improve information security programs and associated security controls in the US government agencies, according to organisation's statement.

WASHINGTON (Sputnik) — US government agencies continue to ignore at least 840 warnings from official watchdogs to improve their cybersecurity, a report from the Government Accountability Office (GAO) stated on Tuesday.

"Over the past six years, GAO has made about 2,000 recommendations to improve information security programs and associated security controls," the report said.

"Agencies have implemented about 58 percent [1,160] of these recommendations."

The number of reported cyber-hacking incidents on US federal Information Technology systems has soared from 5,503 in 2006 to 67,168 in 2014, according to the report.

© AP Photo / Christopher Lane
US Officials, Media: Edward Snowden Has 'Blood on His Hands' for Paris Attacks
"Security control weaknesses place sensitive data at risk. GAO has identified a number of deficiencies at federal agencies that pose threats to their information and systems," the GAO noted.

US agencies, including the Department of Homeland Security (DHS), have weaknesses with the design and implementation of information security controls, the report explained.

The weaknesses were illustrated by 19 of 24 agencies covered by the Chief Financial Officers Act declaring cybersecurity as a significant deficiency.

All US State Governments Plagued by Corruption, Secrecy - Report