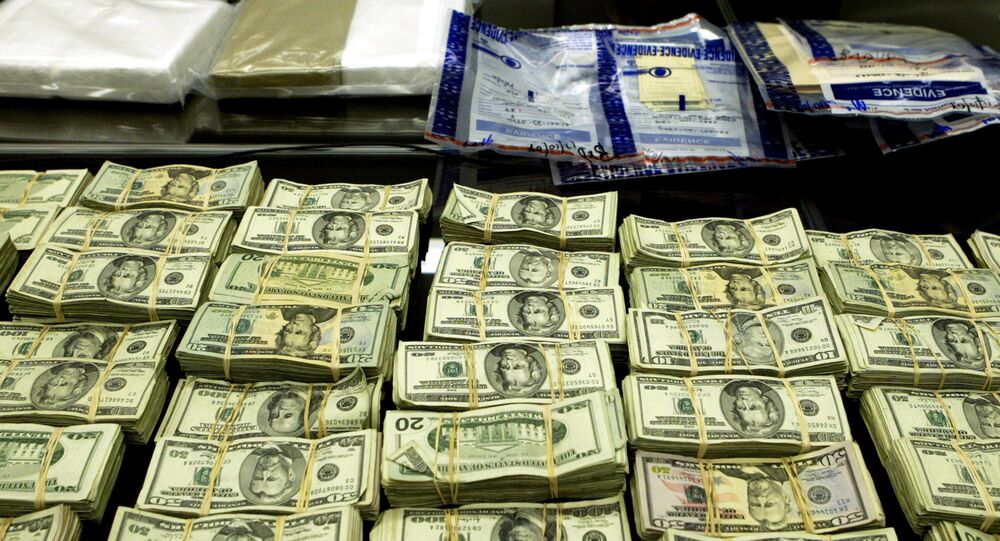 The war on drugs has surged through the veins of American life for decades costing the nation more than $1 trillion.

The battle formally declared by President Richard Nixon in June1971 reached that peak in 2010. Every year, it costs the country $51 billion, according to the Drug Policy Alliance, a non-profit focused on drug-regulation reform.

© Flickr / US Coast Guard photo by Petty Officer 2nd Class Rob Simpson
Crime Does Pay in US War on Drugs - Former DEA Special Agent
For some, that cash has not gained results. Visibly, drugs still are crippling communities. The flow of illicit drugs- particularly marijuana- seems to be flourishing despite a large number of arrests made each year for marijuana possession and distribution.

While the aim of such policies is to keep drug kingpins and violent criminals off American streets, critics of traditional drug policies in the U.S. say the current system is mostly putting non-violent users and “low-level growers” behind bars.

“Still, we should take comfort in the fact that these are mostly violent criminals and hardened drug kingpins, right? Not so,” claims US News & World Report’s Alejandro Crawford. “About half the inmates in the federal prison system are there for nonviolent drug crime – up from 16 percent in 1970 – and the leading drug involved is marijuana.”

© Flickr / UK Ministry of Defence
Heroin Demand Spikes Debate on Failure of US 'War on Drugs'
Arrests for marijuana-possession in the U.S. are made almost every minute, according to the Washington Post’s Christopher Ingraham, who says that 620,000 people were arrested for “simple pot possession” in 2014.

Critics also link drug-policies to the strain on the prison system of the U.S., which now is home to the world’s largest prison population.

The solution? Some say legalize pot. Four states and Washington D.C. already have done it.

Proponents of such measures argue this move would reduce the power and cash flow of drug cartels, which seem to be at an all-time high.

The Unspeakable Personal Price of Our Failed 'War on Drugs'

War on Drugs? Cartels Hired Prostitutes for Parties with US Federal Agents

The Case For Decriminalization of Drugs Grows

Richard Branson: UN Wants to Decriminalize Personal Use of All Drugs