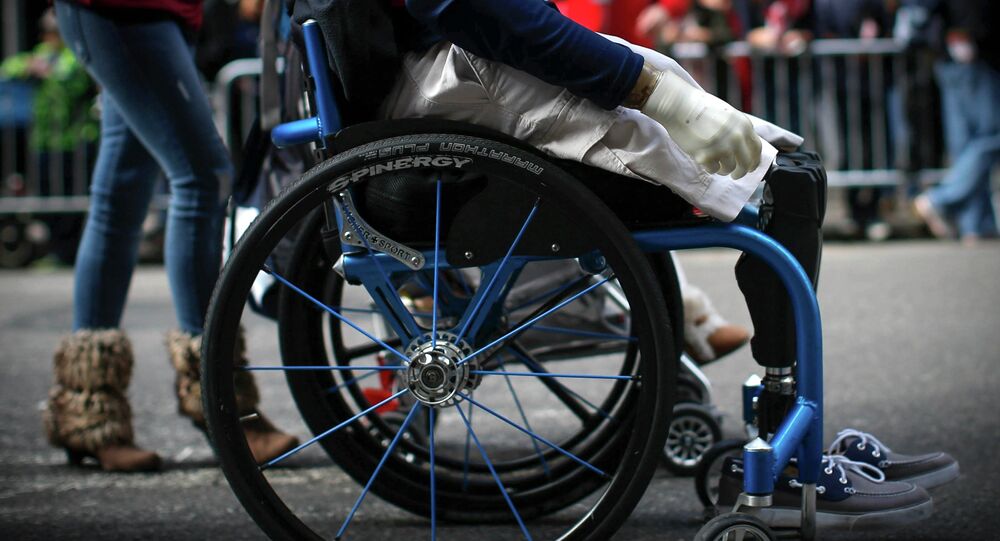 Suicides have killed more US soldiers than the wars in Iraq and Afghanistan combined; the current phenomenon of high suicide rates among former US soldiers is an important issue the Department of Veteran Affairs is starting to focus on, as the country marked Veterans Day on Wednesday.

According to the US Department of Veteran Affairs, every day 22 veterans take their own lives.

One of the leading causes of suicide among war veterans is the effects of post-traumatic stress disorder (PTSD). That's probably why the suicide rate among veterans is 50 percent higher than those of civilians.

"When there are flashbacks or nightmares there is really no control over it. You try to, but there really isn't. It's a complete loss of control," Iraqi War veteran Robert Kingsley said.

© Flickr / Adam Fagen
US Veterans Agency Fails to Keep Track of Care for Its Own Patients
As US troops began withdrawing from Iraq and Afghanistan, the suicide rate among ex-soldiers began to climb, reaching 18 people a day in 2010, the Department of Veteran Affairs reported.

The numbers are staggering — when members of Iraq and Afghanistan Veterans of America (IAVA) were asked to talk about suicide, it was revealed that 40 percent of them knew someone who had died of suicide and 31 percent said they had contemplated taking their own lives since joining the military.

Often, the problem is that official military reports tend to ignore that war itself has anything to do with the suicide problem. US author and political activist David Swanson said.

"These kids go over and experience a life that's nothing like they've ever known," said the mother of one veteran who committed suicide, as cited by San Jose Mercury News. "When they come out, to my knowledge there is no debriefing where they say, 'OK, we're taking you out of this and putting you back in society.' The military is more of a machine. It gets you in, it uses you, and it spits you out."