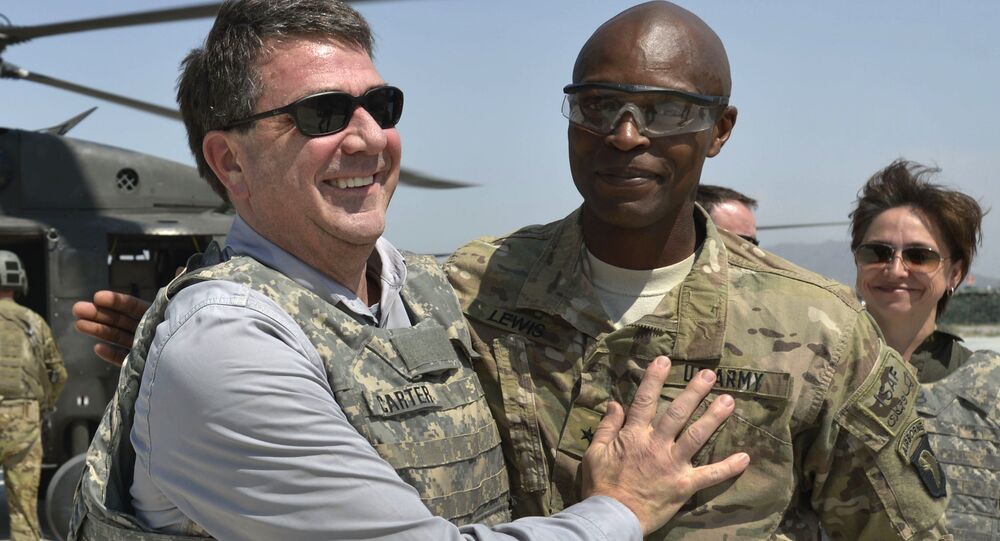 Troubled Times: US Defense Chief Fires Trusted Aide, But No One Knows Why

US Secretary of Defense Ashton Carter sacked his longtime confidant and senior military assistant, Army Lt. Gen. Ron Lewis, whom many saw as a rising star in the agency, over allegations of misconduct in what is an unusual move for the Pentagon.

"I expect the highest possible standards of conduct from the men and women in this department particularly from those serving in the most senior positions. There is no exception," Carter said in a brief statement.

© REUTERS / U.S. Navy
Ahoy! US Defense Chief Takes Jab at Beijing With South China Sea Stop
The Pentagon did not provide additional information on the case and did not specify what Lewis is suspected of.

"As senior military assistant, Lewis' job was to advise the Pentagon's top civilian leader on a range of issues related to policy, strategy and budgets," the Military Times noted. Lewis often joined Carter at high-level meetings and traveled with the defense secretary to other countries.

Meanwhile, the three-star general has been allegedly transferred to serve under Vice Chief of Staff Gen. Daniel B. Allyn, although other high-ranking DoD officials were allowed to keep their jobs amid an ongoing investigation.

Lewis enjoyed a rapid career rise. He served as Carter's military assistant in 2011 — 2012 at a time when the current US defense chief was promoted from the undersecretary of defense for acquisition, technology and logistics to the deputy secretary of defense.

"This summer, Lewis moved into the three-star position, only a few months after being promoted to major general in January," the Stars and Stripes reported.

Less than a month ago, Carter praised Lewis in a speech at the Association of the US Army Annual Convention.

"It's my privilege, also, to work closely with some of the terrific Soldiers, and I want to take a moment to recognize some of them who are right around me every day, starting with my Senior Military Assistant, Lieutenant General Ron Lewis. Time after time, whenever I've needed Ron’s counsel and vision, I’ve been able to count on him. Thanks, my friend," Carter said.

Carter Needs to 'Change Spectacles' to Get Clear View of Russia