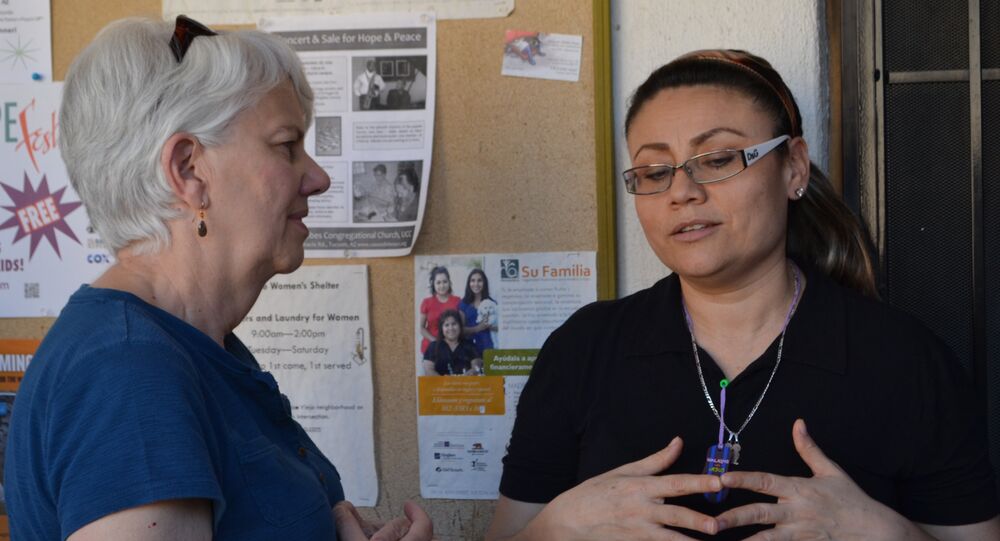 Mexican immigrant Rosa Robles Loreto who sought sanctuary in a Tucson, Arizona, church for 461 days was finally able to step outside on Wednesday after her lawyer reached a deal with Homeland Security.

For over 15 months Robles Loreto was unable to join her family and do the one thing she wanted to do most, watch her children play baseball. Following her release, she happily spoke to reporters and supporters from the side of a baseball diamond.

Under the confidential deal, worked out due to pressure from a community organized campaign that relentlessly protested for her, she will now be allowed to remain in the country and leave the Southside Presbyterian Church.

“It leaves Rosa in a position to be able to leave sanctuary safely. There is no risk whatsoever of being removed.” Robles Loreto’s lawyer, Margo Cowan told the Guardian.

During her time at the church, tens of thousands of signs that read “we stand with Rosa” were plastered across businesses and lawns throughout Tucson, calling for her freedom.

There is technically no law that agents could not have entered the church and taken her anyways, but it is a practice that is frowned upon and avoided.

"There is a great struggle for many people who are in my same situation," Robles Loreto said at a ceremony celebrating her freedom to rejoin the outside world.

© AP Photo / Eric Gay
US Citizens Support for Increasing Immigration Doubles Within 13 Years
Her ordeal, like many others, began over a simple traffic stop five years ago. After the officer concluded that she was undocumented, she was turned over to border patrol and detained for 53 days before being released on bond.

Robles Loreto and her attorney fought for leniency, but to no avail.

Unfortunately, she did not qualify for Obama’s “keep families together” policy as her children were not born in the US and are also undocumented, despite living in the states throughout their entire lives.

US Agent Indicted for Killing Mexican Teen Across the Border

Trump to Visit US-Mexican Border Amid Comments About Immigrants