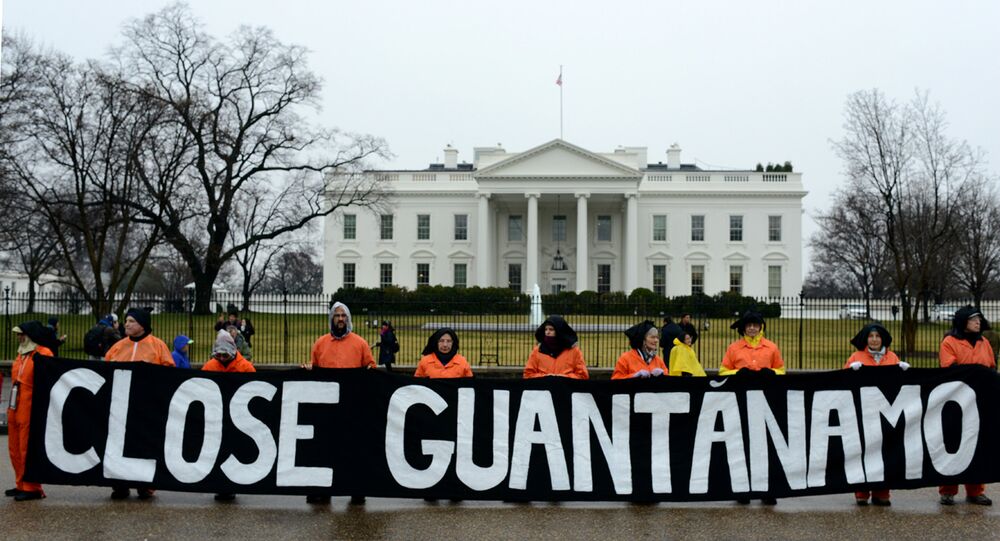 On Tuesday, President Barack Obama agreed to sign a new defense bill that undermines his promise to close the Guantánamo Bay prison camp before the end of his term. Human rights lawyers, however, maintain that he still has the ability to do so.

Soon after taking office, Obama signed an executive order that required Guantánamo to be closed within a year, but the facility remains open, housing several detainees who have been held for years without being charged with any crime, to this day.

“The detention facilities at Guantánamo for individuals covered by this order shall be closed as soon as practicable, and no later than 1 year from the date of this order,” read the statement he signed on Jan. 22, 2009.

Despite his broken promise, Obama still maintains the power to close the controversial camp, which many have called the greatest threat against our national security as a powerful recruitment tool for terrorist organizations.

"Obama has been able and continues to be able to transfer the men cleared for release by every security and intelligence agency," Omar Shakir, a Bertha fellow at the Center for Constitutional Rights, told Common Dreams. "It is in his power to accelerate the pace of periodic review boards. He has the ability through the Department of Justice to ensure that those who face trial do so in fair proceedings in federal court."

"Obama has failed to follow through with his campaign promises and commitments to close Guantánamo by taking concrete steps while in power to articulate and execute a vision," Shakir continued.

"In the vacuum we have seen opportunistic politicians from both sides of the aisle using Guantánamo as a tool for their own purposes at the expense of the critical principles of due process and freedom, holding men without charge in indefinite detention without end."

On Tuesday, the National Defense Authorization Act breezed through the US Senate, carrying within its pages a bar on transferring men from Gitmo to prisons in the US. Moving the men to federal facilities on the mainland has been a major part of Obama’s plan.

Currently, 53 of the 112 remaining prisoners have been cleared for release. Some were cleared as far back as 2007.

It is estimated that the US is spending $900,000 per year, per detainee held in the military prison —  over 30 times the cost of keeping someone in a prison in the US.

Human rights organizers and legal experts have argued that a congressional ban on transfers to the US is constitutionally invalid, and that Congress doesn’t have the authority to force the president to violate the laws of war by keeping the prison camp open.

Environment Program to Check for Carcinogens at Gitmo Naval Base, Prison