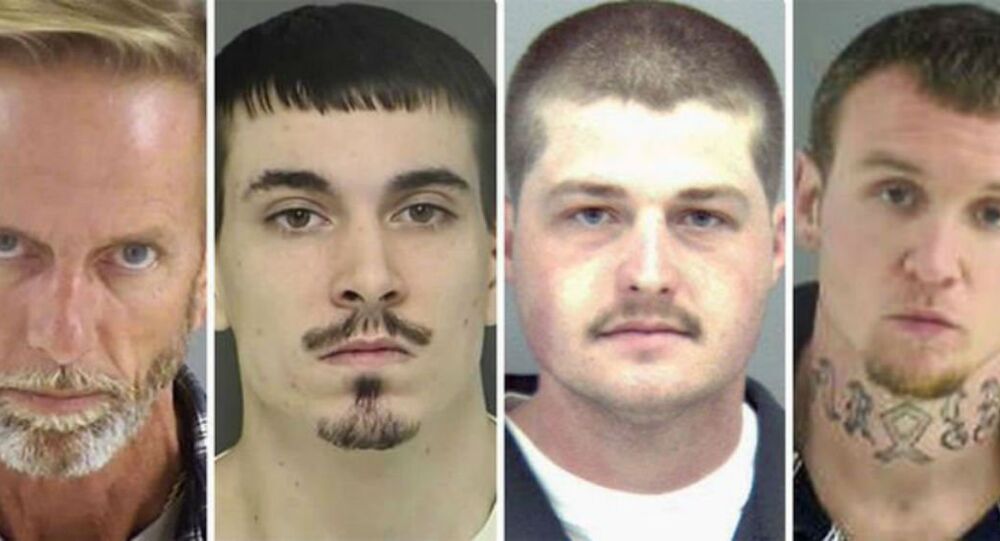 © AP Photo / Jeff Roberson
Man Arrested for Death Threats Against Black Students at US University Rattled by Racism Scandal
The FBI became aware of the group in September and placed them under surveillance, when they learned the men were holding meetings to plot attacks as well as the murder of an Oklahoma gun store owner.

On October 25, Doyle ordered two firearms, a silencer, and explosives from the undercover agent. Chaney had raised concerns that the deal was a "fed operation… (to) infiltrate… our (expletive) people," ABC News reported, yet he went through with the deal anyway.

Halderman, who attended the meetings, was arrested for conspiracy for plotting to murder a local jeweler and rob an armored truck.

The plan was for them to stockpile money to "purchase land, stockpile weapons, and train for the coming race war," according to the FBI’s criminal complaint.

The men all belong to a white supremacist version of the pagan religion Asatru, known as Odinism. Many followers of the religion claim it is not racist, but it advocates for the separation of races.

Doyle and Chaney have both been charged with conspiracy to possess firearms as felons, though many more charges are likely to follow.

"With all the allegations in there, this one charge is just the tip of the iceberg,” CBS 6 legal expert Todd Stone stated.  “I expect other serious charges."

Chaney's parents have both been charged with firearms and drug charges as well.