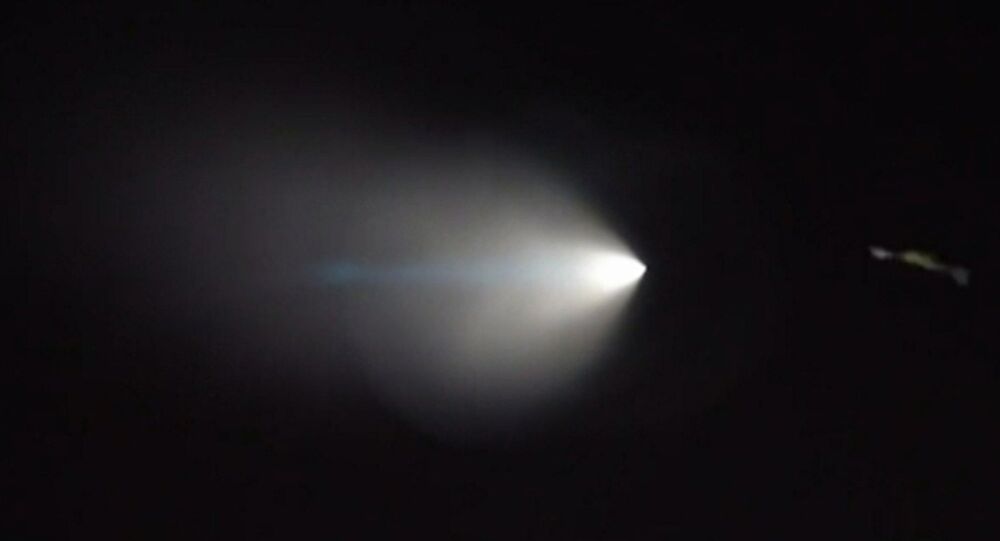 Over the weekend, a US Navy missile test off the coast of California led to wild speculation across social media. According to some military analysts, that may have been the point.

On Saturday night, a screaming came across the sky. Erupting in three parts, the mysterious light was observed by millions, hovering off the coast of Southern California. Social media users from Los Angeles to San Francisco and as far inland as Arizona began speculating on what they had witnessed. A meteor? A UFO? Iron Man?

We now know that the object in question was actually the US Navy test-firing a Trident II D-5 missile.

"The tests were part of a scheduled, ongoing system evaluation test," reads a Pentagon statement. "Launches are conducted on a frequent, recurring basis to ensure the continued reliability of the system."

But the timing and location of that test is suspicious, especially given that the Trident has been tested 156 times in the past, according to the Washington Post, with nary a peep.

As Peter Holley points out for the Post, "Why test-fire a missile within sight of the nation’s second-largest city, terrifying some and leading thousands more to flood Twitter and Facebook with wild speculation about the glowing craft?"

It could be that the Pentagon was hoping that the social media hysteria would find its way to military officials in China and Russia. A missile launch as a state-of-the-art, digital humble-brag.

"It’s hard to overstate how important the Trident II D-5 missile that was tested is to national security," Loren Thompson, a military analyst with Georgetown University, wrote for Forbes.

"Effective defenses against a large-scale nuclear attack are extremely difficult to build, so the US relies instead on the threat of retaliation to deter other countries from launching an attack."

John Daniels, a public affairs officer with the Navy, gave similar indications. "As a result of doing these operations, it does show any adversary that would wish to do us harm the capabilities that we have," he told the Post.

Still, even if the Pentagon was hoping to make itself a trending topic on Twitter, it may have overdone it. Given the time of day, the atmospheric conditions amplified the missile’s eerie effect, essentially terrorizing the American Southwest.

"That big, blueish green hue that everyone saw was a result of just that time of day," Daniels said. On a day with exceptionally clear skies, the approaching sunset made for some bizarre reflections off the rocket’s motor.

"Had we done it earlier in the day or later in the evening you would have still seen the missile, but probably not the same way."

He added that "normally, it would have gone up towards the atmosphere for 90 seconds before disappearing. But this time caused a big bloom in the sky."

The secretive nature of the test has also sown some irreversible seeds for the Roswell alien crowd.

"For a brief moment, when the cloud got bigger, I was wondering, 'Should we run?'" one witness, Julien Solomita, told the LA Times. He remains skeptical of the Navy’s official explanation.

"Why do a missile test over the second largest city in the US and not tell anyone? That’s pretty wild."