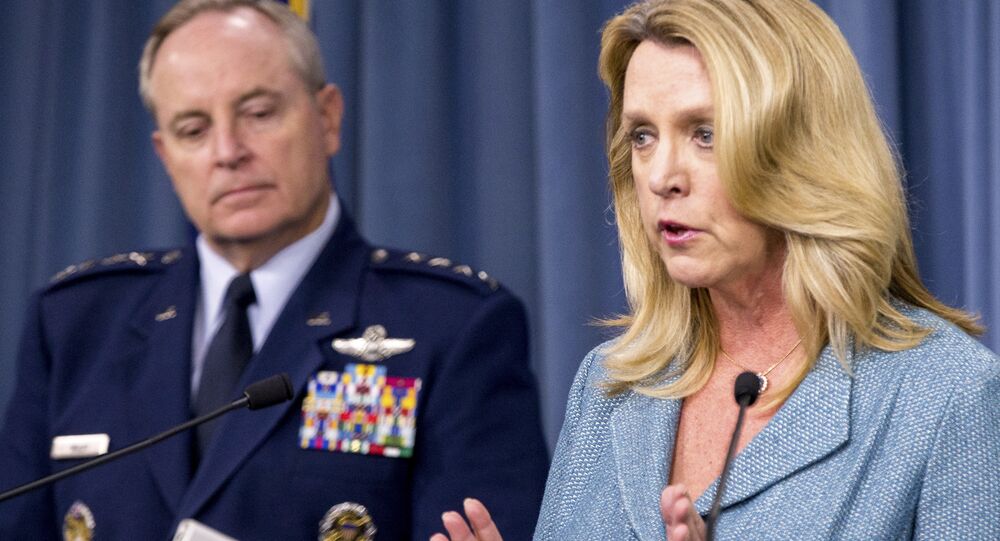 Justifying the Obama administration’s decision to place Special Forces "advisers" in Syria, the US air force secretary said "boots on the ground" was a necessary step in the war against the self-proclaimed Islamic State terrorist group.

On Monday, US Defense Secretary Ashton Carter announced that the Pentagon was already openly considering the deployment of additional ground troops into Syria. These would be in addition to the 50 "advisers" already pledged by the Obama administration.

© AFP 2019 / Noorullah Shirzada / FILES
Yes We Can? Pentagon Conditionally Pledges to Put More Boots on the Ground in Syria

"If we find additional groups that are willing to fight ISIL and are capable and motivated, we’ll do more," Carter told ABC News. "The president has indicated a willingness to do more, I certainly am prepared to recommend he do more, but you need to have capable local forces; that’s the key to sustainable victory."

But according to US Secretary of the Air Force Deborah Lee James, those forces are desperately needed in order to combat the IS terrorist group.

"Air power is extremely important. It can do a lot but it can’t do everything," James said on Tuesday at the Dubai Airshow, according to Agence France-Presse.

In the case of US airstrikes, this appears to be true. In an article for the National Interest, retired Lt. Col. Daniel L. Davis points out that the US-led coalition "has proven to be a spectacular failure."

Given the fact that Western allies are operating without the permission of the legitimate government of Syrian President Bashar al-Assad, they lack the aid of the Syrian Army on the ground. But in deploying US troops, James also doesn’t bother to deny the United States’ true goal in Syria.

"Ultimately it [airstrikes] cannot occupy territory and very importantly it cannot govern territory," she said. "This is where we need to have boots on the ground. We do need to have ground forces in this campaign."

The US-led coalition has been conducting airstrikes against IS targets for over a year, with little to show for those efforts.

Despite a pledge to keep American troops out of yet another ground war in the Middle East, President Obama announced last month that up 50 US Special Forces would be deployed to Syria to "advise and assist."

Given the recent revelations that forces operating in an advisory capacity in Iraq were, in fact, conducting anti-terror raids, there is little reason to believe that Syrian operations will go any differently.

It’s also hard to imagine that the Pentagon will succeed in its goal to "find additional groups that are willing to fight ISIL." That sounds eerily reminiscent of the Obama administration’s previous strategy to train-and-equip so-called "moderate" Syrian rebels. That program fell apart after the US could only identify a handful of suitable individuals, and its failure is the chief reason that US troops are now being sent into Syria.