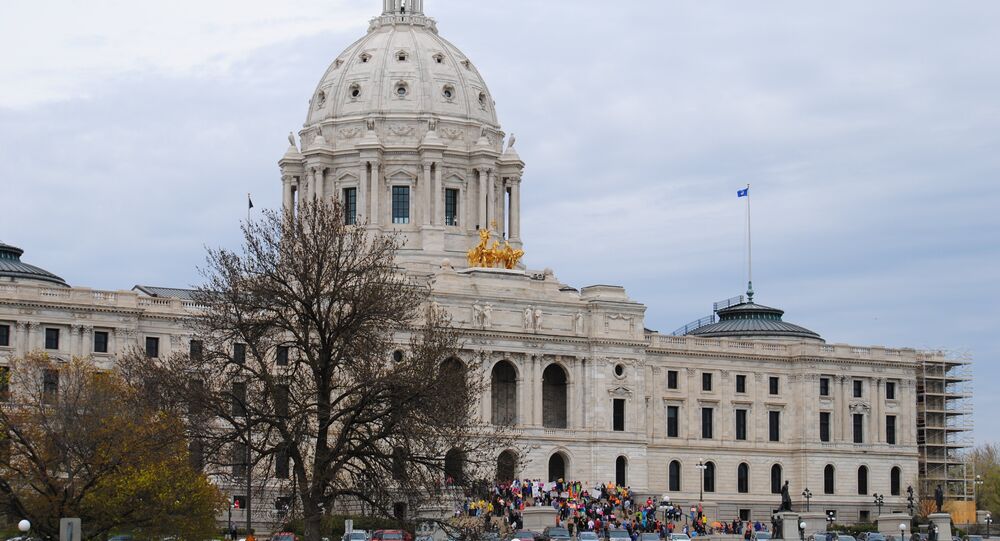 All US State Governments Plagued by Corruption, Secrecy - Report

Corruption and malfeasance are rampant in state governments throughout the United States, according to the latest edition of the State Integrity Index, a data-driven assessment by the Center for Public Integrity and Global Integrity.

All 50 states were scored on a scale of 100, with 59 or below as a failing grade. No state got a grade higher than a C, while 11 failed outright and 36 received Ds.

Alaska scored a 76, giving it a C and the highest grade in the nation; no other state got a grade higher than a C-minus. Michigan was worst, failing with a score of 50.5.

The results are "disappointing but not surprising," said Paula A. Franzese, an expert in state and local government ethics at Seton Hall University School of Law and former chairwoman of the New Jersey State Ethics Commission.

Franzese said that, with many states still struggling financially, ethics oversight in particular is among the last issues to receive funding.

Since the first edition of the study, in 2012, there has been little progress. At least 12 states have seen legislative leaders or cabinet-level officials charged, convicted or resign as a result of an ethics or corruption-related scandal, the study said.

But no state has outdone New York, the study said, citing a count by Citizens Union, a local advocacy group.

Fourteen state lawmakers have left office in New York since the beginning of 2012 due to ethical or criminal issues, it said, noting that the count does not even include former leaders of the New York State Assembly or Senate, both of whom remain in office despite criminal charges.

No state saw its score fall farther than New Jersey. In 2012, New Jersey earned a B+, the best score in the nation, thanks to tough ethics and anti-corruption laws that had been passed over the previous decade in response to a series of scandals, the study said.

New Jersey dropped to 19th place overall with a D grade as a result of Governor Chris Christie administration's fighting and delaying potentially damaging public records requests and meddling in the affairs of the State Ethics Commission, the study said.

Another contributing factor is Bridgegate, the scandal over the George Washington Bridge that has led to the indictments of one of the governor's aides and two of his appointees.