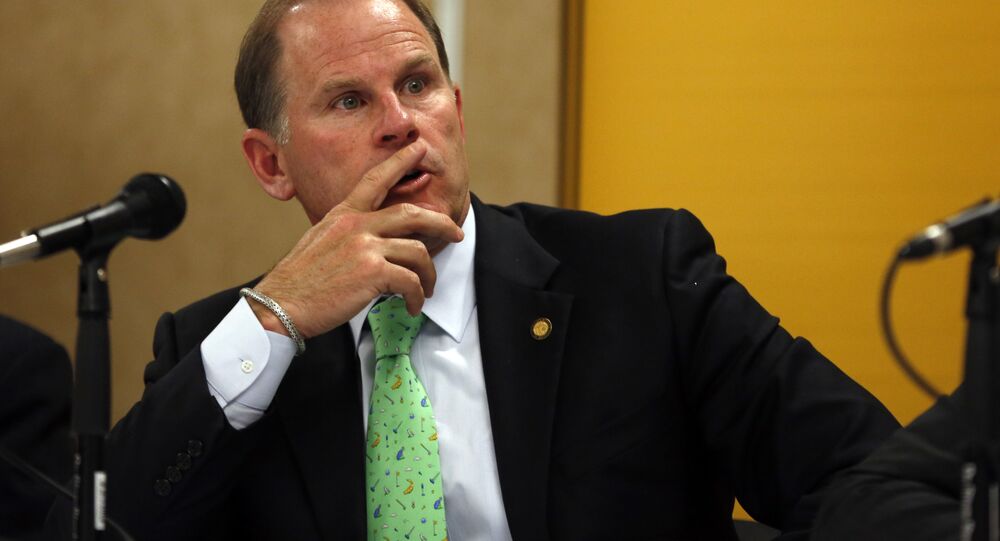 Following mass protests over his failure to properly address racial tensions on campus, the president of the University of Missouri system has resigned, effective immediately.

Protests began in September, when black students on the predominantly white campus began to report a number of instances in which white students had used racial slurs. In particular, the student government president said people in a passing pickup truck had screamed racially charged terms at him, and members of a black student organization described a similar instance.

More recently, a dormitory bathroom was found vandalized, covered in a swastika drawn with feces.

“He has not only enabled a culture of racism since the start of his tenure in 2012, but blatantly ignored and disrespected the concerns of students,” the Missouri Students Association said in a letter penned over the weekend, referring to the university system’s president, Tim Wolfe.

“This is not the way change comes about. We stopped listening to each other,” he said, adding that he hoped his resignation would allow students and faculty “to heal and start talking again to make the changes necessary.”

Wolfe had previously given no indication that he would abdicate. But on Saturday night, the university’s football team joined in on the protests.

“The athletes of color on the University of Missouri football team truly believe ‘Injustice Anywhere is a threat to Justice Everywhere,’” the team said in a statement. “We will no longer participate in any football related activities until President Tim Wolfe resigns or is removed due to his negligence toward marginalized students’ experience. WE ARE UNITED!!!"

That decision was supported by the team’s coaches, and cancelling an upcoming game against a rival university could have costed the school over $1 million.

Another student, Jonathan Butler, had staged a hunger strike. Beginning on November 2, Butler had pledged not to eat until Wolfe was no longer in an administrative role.

Following Monday’s events, Butler announced that his strike was now over.

Included in the mass demonstrations were also organized sit-ins.

In a statement, the Missouri Students Association said that tensions had been high ever since the shooting death of unarmed 18-year-old, Michael Brown. Killed by a white police officer in Ferguson, Missouri, Brown’s death also helped spark the Black Lives Matter Movement, and nationwide protests against police brutality.