A proposed ballot initiative that could lower the drinking age from 18 to 21 in the state of California is clear for collecting signatures, according to California Secretary of State Alex Padilla. 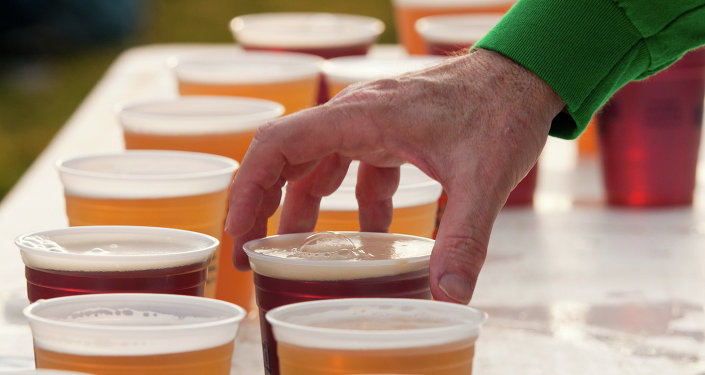 © Flickr / Bill Dickinson
Boozing Dangers: Whopping 33 Million Americans Have a Drinking Problem
If it earns enough signatures to qualify for the Nov. 2016 election, voters will decide if California becomes the first state to lower the drinking age to 18 since the national bill establishing the current drinking age took effect in 1984.

“This is about equal rights,” Lynn explained on his website. “18 year olds have nearly every burden and privilege of adults … except the right to drink alcohol. This is a misguided aberration from 1984 that should be corrected.”

However, the proposal isn’t as refreshing for some.

Mothers Against Drunk Drivers, a non-profit which has challenged the idea of raising the national drinking age, warns the measure could increase alcohol-related traffic accidents.

© Sputnik / Alexey Kudenko
US Binge Drinking Kills Six People Daily: Study
According to MADD’s website, “When states had lower legal drinking ages in the U.S., the underage drinking problem was worse. For example, before the 21 minimum legal drinking age was implemented by all states, underage drunk drivers were involved in over twice as many fatal traffic crashes as today,”

The organization also states that 25,000 lives have been saved since the drinking age was raised in the U.S. The proposal could have a huge impact on the state’s economy. According to Padilla’s website, the measure would increase state and local tax revenues possibly by several million dollars each year. It could also cause the state to lose $200 million in federal highway funds, according to the Legislative Analyst and Director of Finance.