The US' failed Syrian rebel training program cost American taxpayers as much as $2 million per trainee, or $384 million in total, before being abandoned, according to interviews and spending figures obtained by the US national newspaper USA Today.

The newspaper has calculated that Pentagon has already spent $2 million per fighter, "for a program that produced dismal results."

© AFP 2019 / BARAA AL-HALABI
A rebel fighter from the "First Battalion" under the Free Syrian Army takes part in a military training on June 10, 2015, in the rebel-held countryside of the northern city of Aleppo

"The Pentagon had tabbed $500 million in 2015 for the effort and promised to graduate 3,000 trained and equipped New Syrian Forces fighters this year, and 5,000 annually thereafter to combat the Islamic State, also known as ISIL," the outlet says.

"The program was suspended after $384 million had been spent. Of the 180 Syrians vetted, trained and equipped, 145 fighters remain in the program. Of those, 95 are in Syria today. Two of the four training camps the Pentagon designated for the program in the Middle East never hosted a recruit," it furthermore stated. 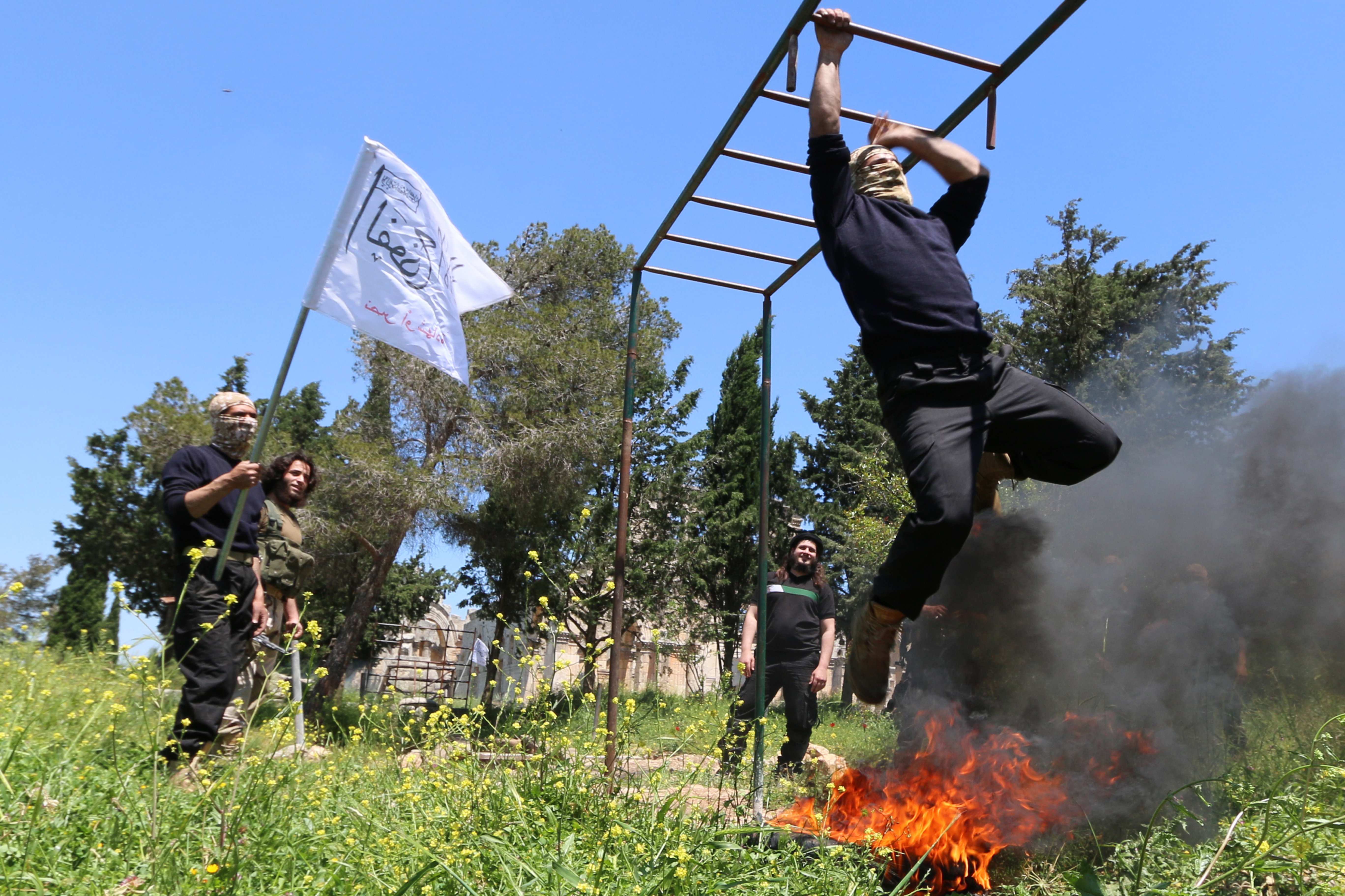 © AFP 2019 / BARAA AL-HALABI
Rebel fighters from the "First Battalion" under the Free Syrian Army take part in a military training on May 4, 2015, in the rebel-held countryside of the northern city of Aleppo

The Pentagon however disputes the amount and puts the actual cost down to $30,000 per trainee.

"The "vast majority" of the funds paid for weapons, equipment and ammunition, some of which the US-led coalition still has in storage," it quotes Navy Cdr. Elissa Smith, a spokeswoman, as saying in an email.

US did not spend "$2 million per militant" in Syria, this is a LIE to cover the billions spent on "non-moderates". https://t.co/gp9wsuIP4a

In addition, she added, some of those trained fighters have been calling in air strikes, and ammunition designated for the trainees has been given instead to other forces fighting ISIL. She advised against “viewing the US investment in the Syria train and equip program purely in fiscal terms."

Apart from Syria, the Pentagon has apparently spent nearly $1 billion in Iraq on training and equipping security forces to counter ISIL.

How Will Pentagon Actually Put US Boots on the Ground in Syria?

Pentagon to Resupply Syrian Rebels After Proper Use of Airdropped Munitions