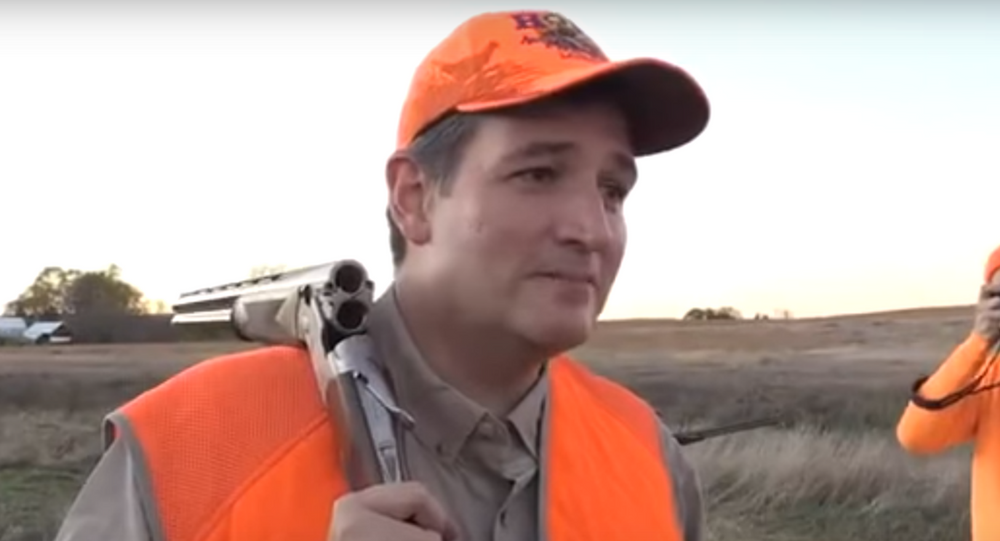 US presidential hopeful Ted Cruz has made no secret about his support for the Second Amendment. Which is why you would think he’d understand how to properly hold a gun.

During a CNN interview earlier this week, Cruz took some time to criticize the way US debates are held – a popular lament among Republicans, as of late. But what really caught people’s attention was the setting. Standing in a field, dressed in the neon orange of a hunter, Cruz held an unloaded shotgun slung across his shoulder.

Which, as Gizmodo points out, does not follow the proper rules of gun safety.

"When you learn to shoot, apply for a hunting or carry license and any time you’re at a gun range, there’s four basic rules of gun safety that…must be observed at all times," Wes Siler writes.

Those rules are as follows: 1). Treat all guns as if they are loaded. 2). Never point a gun at something you don’t intend to shoot 3). Keep your finger off the trigger when at rest. And 4). Be aware of your target and what’s behind it.

Following these basic safety tips can help avoid accidental shootings, of which there are hundreds every year in the United States.

Even though the gun is unloaded, waving the barrel across the distant horizon behind your back is a violation of at least 25% of those rules. While an over-the-shoulder is appropriate, the proper method involves holding the barrel down toward the ground.

Gizmodo published its criticism of Cruz on Tuesday and almost immediately saw a wave of conservative gun enthusiasts jumping to the senator’s defense.

"…You can tell that that gun and that shooter is not only thinking about gun safety but he wants everybody around him to know that his gun is open, empty and safe," Christian Lowe wrote for Grand View Outdoors.

But on Wednesday, Gizmodo found the same video from a different angle, and while Cruz may have been concerned with the safety of the CNN reporters he was addressing, there are a group of hunters behind Cruz who are at the receiving end of the barrel he’s flinging back and forth.

"As a public figure campaigning on a pro-gun platform, Cruz should first and foremost consider himself a role model for gun safety," Siler writes. "The responsible use of guns is central to any pro-gun argument. And that’s why shooters and hunters like you and me should hold Cruz to a higher standard."

Right or wrong, if Cruz wears that orange vest to the next debate, he might actually get some attention.

Trump Sues Panamanians for Millions on Grounds of 'Criminal Conspiracy'