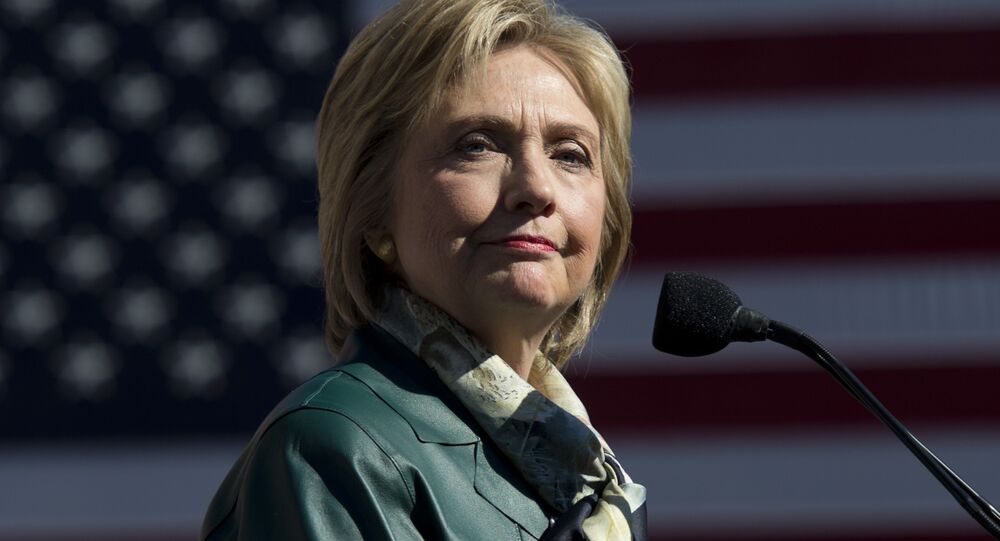 Hillary Clinton regularly received reports about RT television programs, including shows about Syria, during her term as a secretary of State between 2009 and 2013, according to the latest bunch of leaked emails published on the US Department of State website.

On February 13, 2012 Clinton's advisers sent her a link to a program shown by RT about Syria. According to Clinton's advisers, the program was an example of how "semi-official" media sources allegedly shift people's narrative on the Syrian crisis.

"This piece relates to the S comments at this morning's A/S meeting about the role of semi-official media coming out of other countries," the email sent from Jacob Sullivan, one of Clinton's top aides, said.

The RT program, which Sullivan advised Clinton to take a note of, said that the United States and al-Qaeda had common goals in Syria.

Furthermore, on April 18, 2012 Sullivan sent Clinton another email advising her to watch Julian Assange's show the World Tomorrow on RT, in which he had a talk with Hezbollah leader Hassan Nasrallah.

© Flickr
White House to Block Release of Emails Between Obama, Hillary Clinton
In 2011, Clinton urged the US Congress to increase the budget for the US international broadcasting service, stating that Washington was losing a global information war against TV channels, such as RT.

In March, Clinton came under close scrutiny for using her personal email account for official purposes while serving as US secretary of state from 2009 to 2013.

In August, the US intelligence community inspector general reported that at least two of the Clinton emails reviewed by his office contained material classified as Top Secret, which cannot be sent to non-secure accounts. The Clinton presidential campaign disagreed with the initial review findings.

A US District Court judge ordered the State Department in May to make public all 55,000 e-mails that were retained on Clinton's server by the middle of January 2016.