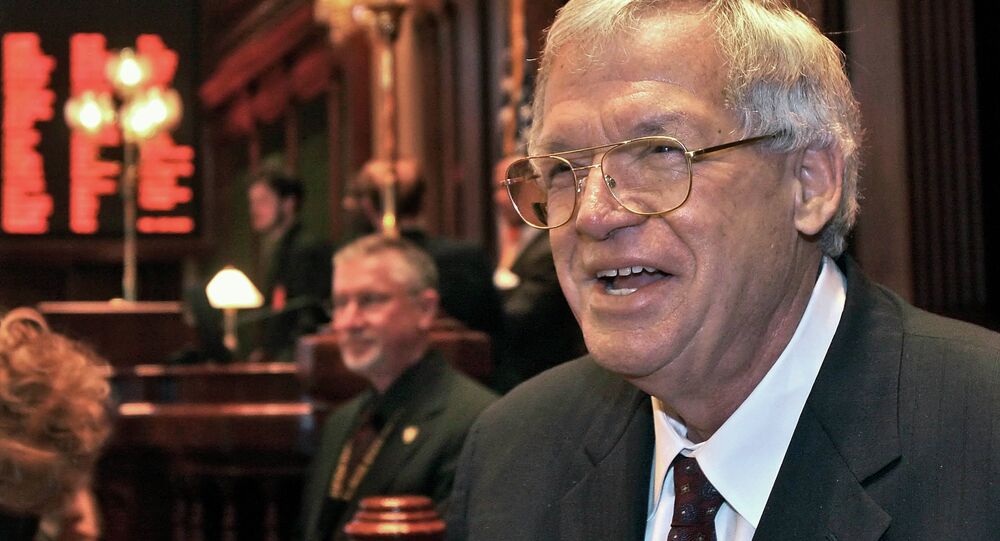 The former Speaker of the US House of Representatives Dennis Hastert is facing up to six months behind bars after pleading guilty to federal bank fraud charges after spending $1.7 million paying someone off to keep quiet about his prior sexual misconduct.

© Flickr / Scott Beale
US Authorities Charge 7 in Multi-Million-Dollar Stock Market Fraud Scheme
Hastert was indicted in May for withdrawing the cash from various bank accounts between 2010 and 2014 “in order to compensate for and conceal prior misconduct," federal authorities asserted. The politician reportedly made a deal to pay $3.5 million in hush money to someone he had known “for most of his life.”

The Chicagoist reported that the 73-year-old Republican was attempting to cover up the abuse of a male student during his time as a Yorkville, Illinois high school wrestling coach and teacher.

When questioned previously over the large withdrawals, Hastert lied and claimed it was because he did not trust the banking system.

"I didn't want them to know how I intended to spend the money," Hastert told US District Judge Thomas Durkin. "… I withdrew the money in less than $10,000 increments."

No details were available regarding who he was paying off or why, beyond the fact that it was to cover up misconduct. Hastert was expected to plead guilty to avoid the public embarrassment of a trial.

The former speaker is set to be sentenced on February 29, and could receive anything from probation to six months in prison.