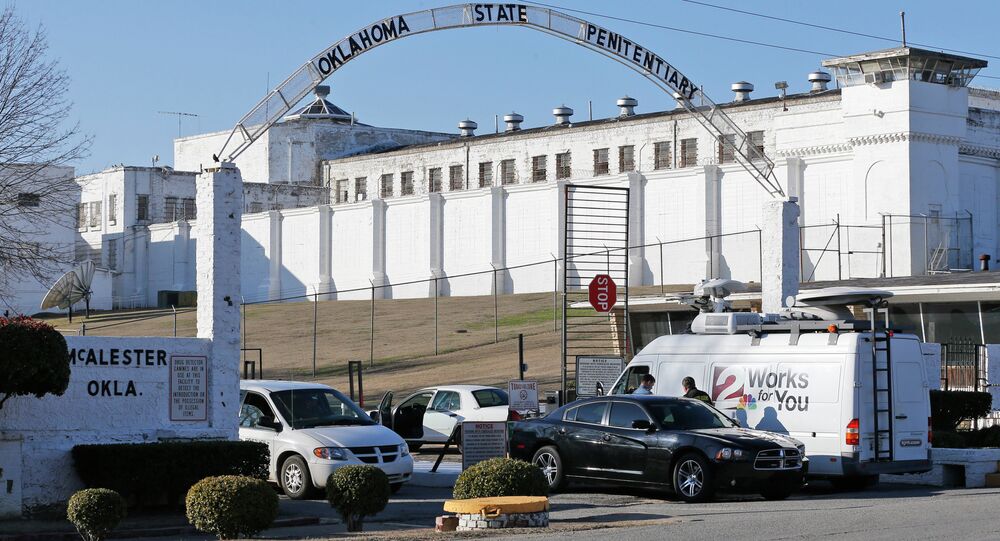 The UAV carrying all manner of contraband in a bundle dangling from fishing line clipped the prison’s razor wire and crashed down on the grounds of Oklahoma State Penitentiary in McAlester.

According to officials, it's the first time a drone carrying illicit materials has been flown into an Oklahoma prison.

"I applaud and commend the quick action and diligence on the part of the staff who noticed the UAV that entered the prison grounds," Oklahoma Department of Corrections Director Robert Patton stated.

Though unique to Oklahoma, it's not the first case of an attempted drone contraband delivery to prisons in the other states.

Pic of drone and bounty it was carrying, secured by a fishing line, into Oklahoma prison where Death Row is housed. pic.twitter.com/iGbqPhpki4

In August, a drone dropped heroin, marijuana and tobacco in an Ohio prison yard, sparking a fight among prisoners trying to grab the contraband.

The Oklahoma drone incident is under investigation by the Department of Correction's office of the Inspector General, and no arrests have yet been made.

Oklahoma Executioners May Have Injected Condemned Man With Wrong Chemicals