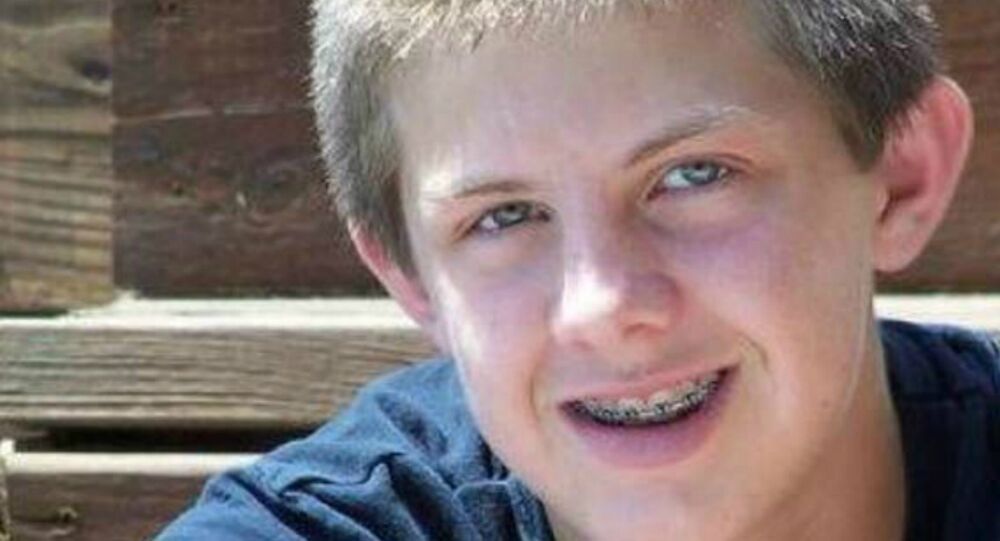 On Tuesday, the state of South Carolina announced that they will not be filing charges against the lieutenant who shot and killed unarmed teenager Zachary Hammond during a low-level pot bust. They also released a disturbing video of the fatal shooting.

Lieutenant Mark Tiller was well within his rights to shoot and kill the teenager on July 26, according to the State Law Enforcement Division.

"After careful consideration of the facts of the case, a thorough review of the State investigation, and an extensive review of all applicable law, I have determined that no criminal charges should be filed against Lt. Mark Tiller at the State level," wrote 10th Circuit Solicitor Chrissy Adams in a statement. "I met with the Hammond family today and have informed them of this decision."

The shocking nature of this decision is compounded by the fact that the video they released appears to contradict the official story.

Tiller had claimed that he feared for his life when Hammond attempted to strike him with his vehicle as he fled.  An independent autopsy however showed that the teenager was shot in the back, meaning any perceived threat had already passed when he was shot.

The video confirms that Tiller fired into the vehicle after it had already passed him.  The officer is then heard yelling “He tried to hit me!”

While the state will not be pursuing charges, there is still an open investigation by federal authorities who could charge Tiller.

“The past three months have been extremely difficult for the residents of Seneca, its city employees and the 45 members of its police force. While the effects of outside agitators to tear apart our community lingers, we are thankful the investigation has come to an end and shows Lt. Tiller was acting in self-defense. The night of July 26 was a tragic event for this community and I personally will always grieve for the Hammond family,” Seneca City Administrator Greg Dieterrick said in a statement.

The attorney representing the family in their lawsuit against the Seneca Police Department and Tiller released a statement calling the decision surprising and disappointing.

Their suit alleges that Tiller threatened to “blow his head off” before he fired.  It is slightly inaudible in the video.  It also alleges another officer high-fived the teen’s lifeless body after he was killed.  His body was then left on the ground for 90 minutes where it was soon covered by ants.

"'I'll blow your (expletive) head off,' were the last words heard by Zachary Hammond," the lawsuit states.