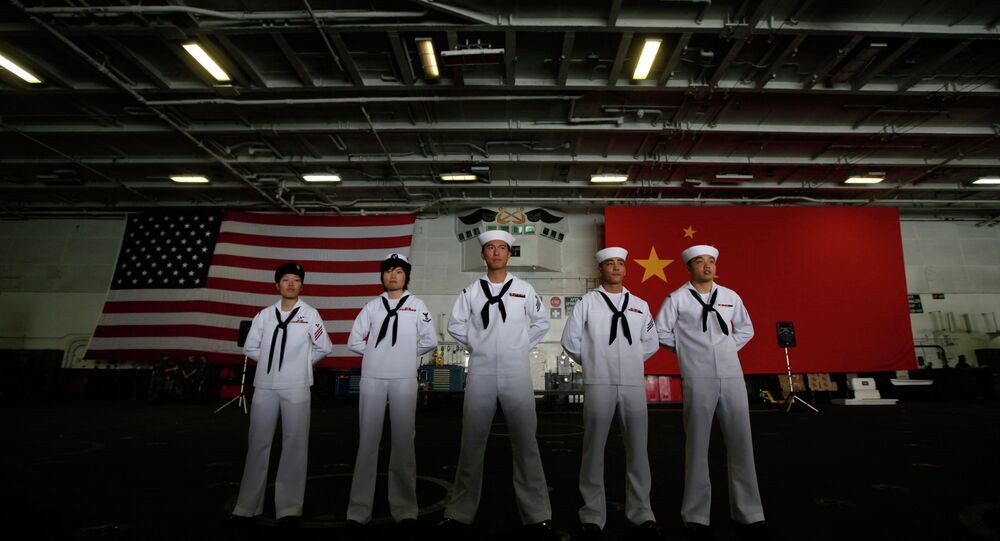 US Conservatives Enraged That Navy Will Welcome Chinese Warships in Florida

As hawks in the Pentagon announce the start of an aggressive naval mission in the South China Sea, the US Navy is also welcoming the visit of three Chinese warships in Florida – a decision Congressional Republicans are none too thrilled about.

On Monday, an official with the US Defense Department confirmed the Pentagon’s plan to send naval patrols through Chinese territorial waters in the South China Sea. Meant to protest Beijing’s construction of artificial islands in the region, the move has been roundly condemned by the Chinese government.

But the situation is complicated. Given a number of factors, including the complex interweaving of the Chinese and US economies, neither side wants all-out war. While the US wants to assert its displeasure with Beijing’s land reclamation projects – and its loss of influence in the region – it still needs to offer an olive branch.

In the interest of military diplomacy, the US Navy is preparing to welcome three Chinese warships at Naval Station Mayport in two weeks. During this visit – the first of its kind along America’s East Coast – Chinese officers will be given a tour of Jacksonville, Florida.

Republicans, however, aren’t exactly thrilled with what they see as an overly generous US policy of hosting rival militaries.

"Military to military exchanges with China, like the one planned at Naval Station Mayport, hold promise for broader understanding between our nations," Florida Representative Ander Crenshaw told Breaking Defense.

© REUTERS / U.S. Navy/Handout via Reuters
US Navy to Send Warship to South China Sea Within 24 Hours in Serious Challenge to Beijing

"Over the long run, however, a display of goodwill must indicate transparency of mission around the globe and, in particular, a de-escalation of unwelcome movement in the South China Sea."

Virginia Representative Randy Forbes was even more direct in his criticism.

"It just puzzles me that the Chinese continue to ratchet up their aggressive behavior [-] the artificial structures that they [are] trying to put out in the South China Sea [and] the reckless intercept of some of our planes [-] and yet the way we tend to respond to that is by rolling out the red carpet to them and giving them the key to the city," Forbes told Breaking Defense.

Spending a few days in Jacksonville, to be clear, isn’t exactly a weekend at the Ritz. But according to Forbes, the only way to end tensions in the South China Sea is to deny the Chinese navy the pleasures of a Floridian holiday.

"If it were up to me, I would have a direct correlation between Chinese behavior and the invites we give them on things that matter to them," he said.

But as Dean Cheng of the Heritage Foundation points out, Republican criticism may be overblown, especially since Beijing may not even view the invitation as a reward – again, it’s Jacksonville.

"It’s a reward only if the other side is really interested in having it," Cheng told Breaking Defense. "But port visits?…I don’t think there is any reason to over-react to a port visit."

The criticism is especially baffling given that the United States is acting as the aggressor in the current situation. Despite US opposition, China has repeatedly asserted that it has every right to build islands within its own territory.

Washington’s response? Despite having no territorial claims in the South China Sea, it has held a number of military exercises in the region and pressured Pacific allies into countering Beijing’s influence.

The Pentagon’s decision to send the USS Lassen within the 12-mile territorial limit of China’s islands is only the latest in a long line of aggressive acts.

How Will China Respond if US Patrols the S China Sea?