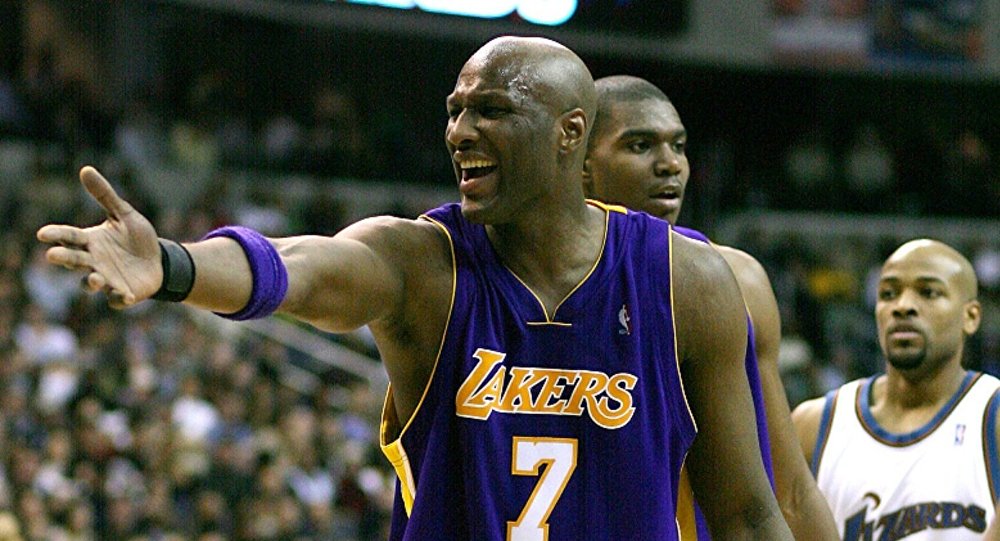 LiveLeak/mrgod2u
Drone Brought Down by a Basketball
Odom was taken to the «Sunrise» healthcare center, where the medical team performed a series of brain scans and found out about the strokes. They did not directly impair vital organs, but brain circulation failure affected the basketball player's motor functions. He has troubles with ability to communicate and mobility. According to the doctors, in order to regain his full physical capacities the star will have to undergo several months of physical therapy.

Currently, the biggest concern is Odom's kidneys which are failing, and he may soon require a transplant.

Thanks to his fans, Lamar will have no problem getting a new kidney. As soon as the sportsman's admirers found out about the incident, they started sharing their blood type and contact information via social media, eager to become donors. Some offered help for free, others asked from $25 to $100,000 for a kidney.

@khloekardashian @espn @RealLamarOdom if Mr.Odom needs a kidney transplant I am fully willing to give him one of my kidneys. 💯💯

Not everyone on the internet was enthused that Lamar has so many fans willing to give him their organs, mostly because of the fact that Odom ruined his health by using drugs.

That's disgusting! There are people on a waiting list for a kidney. Take a number, Lamar! https://t.co/Y0VzNVmyfW

The problem with our country is that every Lamar Odom fan wants to give him their kidney, but not the thousands of people on the donor list.

© Flickr / Keith Allison
Basketball’s LeBron James to Pay for College for More Than 1000 Kids
The star was discovered on October 13 in his VIP suite in the Nevada brothel, with foam dribbling from his mouth and traces of blood staining his nose. Blood tests showed he took cocaine and sexual stimulants. He fell into a coma the next day and recovered consciousness two days later. On October 22 he had 2 urgent surgeries which have left him in a "fragile mental state," according to TMZ.  Only his estranged wife Khloe Kardashian — with whom he had a bit of a reconciliation since his medical crisis — was allowed in the ward.

Recently, the star has been showing signs of progress, but it is unclear if the strokes caused any permanent damage and whether Odom will ever be completely back to normal.