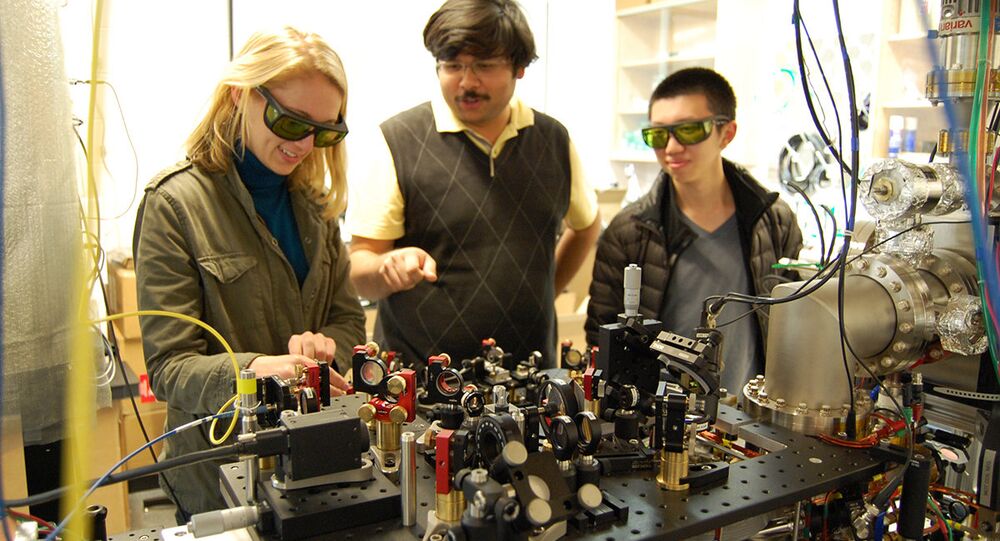 Physicists from Cornell University have proved the peculiar quantum theory which states that a system cannot change while you are watching it, according to a study published this month in the journal Physical Review Letters.

Researchers suspended ultracold atoms of Rubidium between laser beams inside a vacuum chamber. In that state the atoms arrange in an orderly lattice just as they would in a crystalline solid. But at such low temperatures, the atoms can "tunnel" from place to place in the lattice.

The researchers demonstrated that they were able to suppress quantum tunneling merely by observing the atoms – the "Quantum Zeno effect," so named for a Greek philosopher.

Physicists observed the atoms under a microscope by illuminating them with a separate imaging laser, Phys.org reports. A light microscope cannot see individual atoms, but the imaging laser causes them to fluoresce, and the microscope captured the flashes of light.

When the imaging laser was off, or turned on only dimly, the atoms tunneled freely. But as the imaging beam was made brighter and measurements made more frequently, the tunneling reduced dramatically, Phys.org reports.

"This gives us an unprecedented tool to control a quantum system, perhaps even atom by atom," said Cornell graduate student Yogesh Patil, the study's lead author.

The work has drawn comparisons to the "weeping angels" of the TV series "Dr. Who" – alien creatures who look like statues and cannot move as long as you are looking at them.