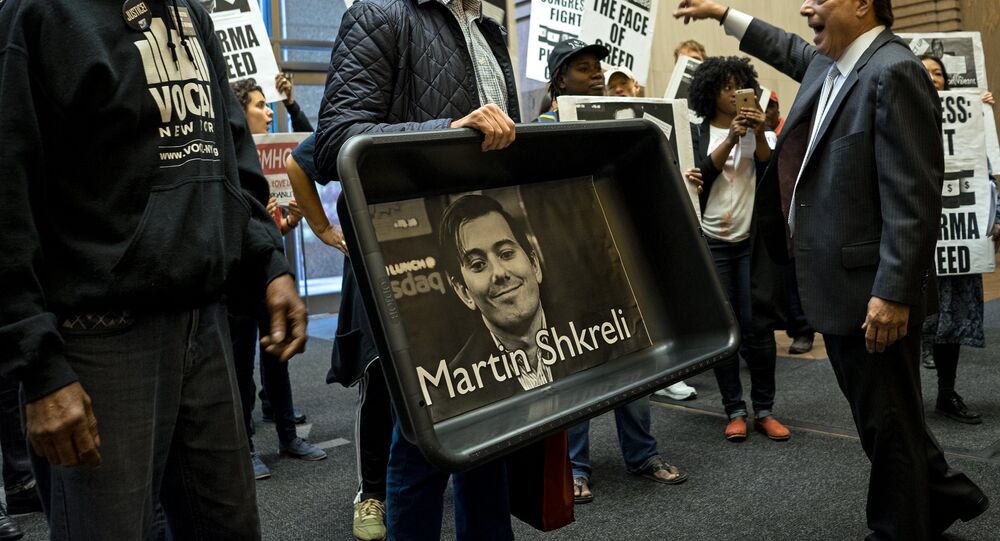 Martin Shkreli caused mass outrage last month when he hiked the price on a critical AIDS drug up 5,000%. Now, a rival pharmaceutical company is offering patients a cheaper alternative. Pay $750 for one of Shkreli’s pills, or $1 for an Imprimis Pharmaceuticals brand?

Founded in 2012, Imprimis Pharmaceuticals is making a name for itself by creating inexpensive versions of generic drugs. Given the exorbitant cost of medication in the United States, it’s a business model that seems to be taking off.

"We are looking at all of these cases where the sole-source generic companies are jacking the price way up," the company chief executive, Mark Baum, told the Associated Press. "There’ll be many more of these" drugs in the future, he adds.

Given the company’s mission statement, it makes sense for Imprimis to set its sights on Turing Pharmaceuticals. That’s the company owned by former hedge fund manager Martin Shkreli. If you recognize that name, it’s probably because he made headlines last month after buying the rights to a life-saving drug known as Daraprim, and instantly raising the price from $13.50 per pill to $740 per pill.

Composed primarily of pyrimethamine and leucovorin, Daraprim is used to treat the parasitic infection known as toxoplasmosis, which typically affects cancer and AIDS patients, as well as pregnant women.

Overnight, Shkreli became something of a Twitter villain. For good reason.

But Imprimis is prepared to release its own compound drugs made of the same active ingredients. The company plans to sell bottles containing 100 pills for $99.

"We’re geared up. We’re ready to go as soon as the orders come in," Baum said.

After being hit with heavy backlash, Shkreli pledged to lower the price, but Turing has not yet done so.

Earlier this week, Shkreli made headlines again when he tried to donate to the campaign of Democratic presidential hopeful Bernie Sanders. The Vermont senator, an avid critic of corporate greed, rejected that donation, giving the money instead to an AIDS clinic.

"I find it bizarre that he won’t engage me because he’s been willing to use my name," Shkreli told CNN Money. "He singled me out, but dozens of drug companies have done what I’ve done."

That may be true, but it’s not true of Imprimis  Pharmaceuticals.