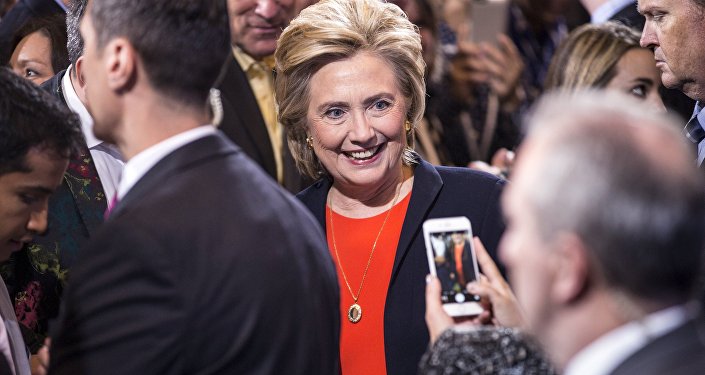 © REUTERS / Joshua Roberts
Clinton's Response to Benghazi Attack Criticized by Nearly 50% US citizens
WASHINGTON (Sputnik) — Democratic presidential candidate Hillary Clinton is polling more voter support than her competitor Bernie Sanders in the key swing US state of New Hampshire after the first successful debate, according to a new survey released on Wednesday.

Clinton gained 38 percent of voter support against Sanders’ 34 percent. In September, Sanders was leading the race with 35 percent, while Clinton enjoyed only 31 percent, the poll revealed.

© AP Photo / File
Jeb Bush Slams Bill Clinton for Not Pursuing Bin Laden More Agressively
US Vice President Joe Biden, who has still not decided whether to join the race, has 9 percent of the votes, down 5 percent since September.

The former US secretary of state has 54 percent support nationwide, according to an ABC News/Washington Post poll released on Tuesday.

Joe Biden: From VP to President?