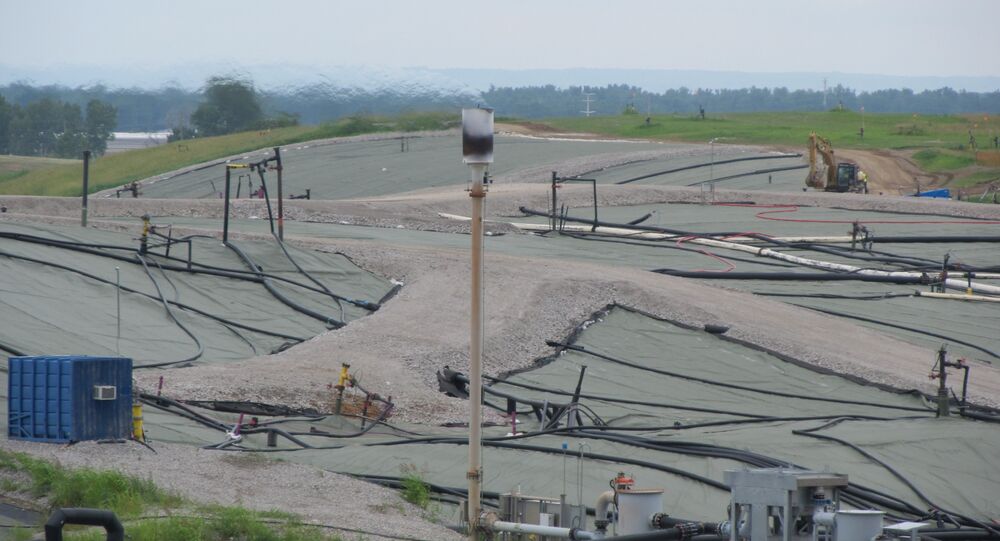 Paranoia has set in at the St. Louis suburb of Bridgeton, Missouri, where a landfill fire is smoldering under the ground less than a quarter of a mile away from a large deposit of nuclear waste.

Corporate, federal and state officials cannot come to an agreement on what kind of threat West Lake Landfill poses to residents – or if it even poses a threat at all.

Some agencies say there may be the threat of radioactive smoke or radon gas, while others disagree on whether the fire is creeping closer to the radioactive materials or staying in place.

Forty years after a company illegally dumped radioactive material at the site, regulators have yet to finalize a plan to contain or remove it.

In 1942, in the midst of World War II, Mallinckrodt Chemical Works secretly agreed to purify uranium in St. Louis as a part of a federal government project to develop the world's first nuclear weapon.

Now as more and more residents learn about the potential hazards posed by the radioactive material, people are asking about gas masks and schools are mailing home letters outlining shelter plans.

The EPA is trying to figure out precisely where all the radioactive material is located, and is considering how to place a barrier between the fire and the nuclear waste.

The US Department of Health and Human Services warned that disturbing the landfill could release cancer-causing radium and radon into the air.

However, current radon levels are below dangerous levels, the DHHS said, adding, "There is no evidence that radon produced in the landfill will migrate to residential areas."