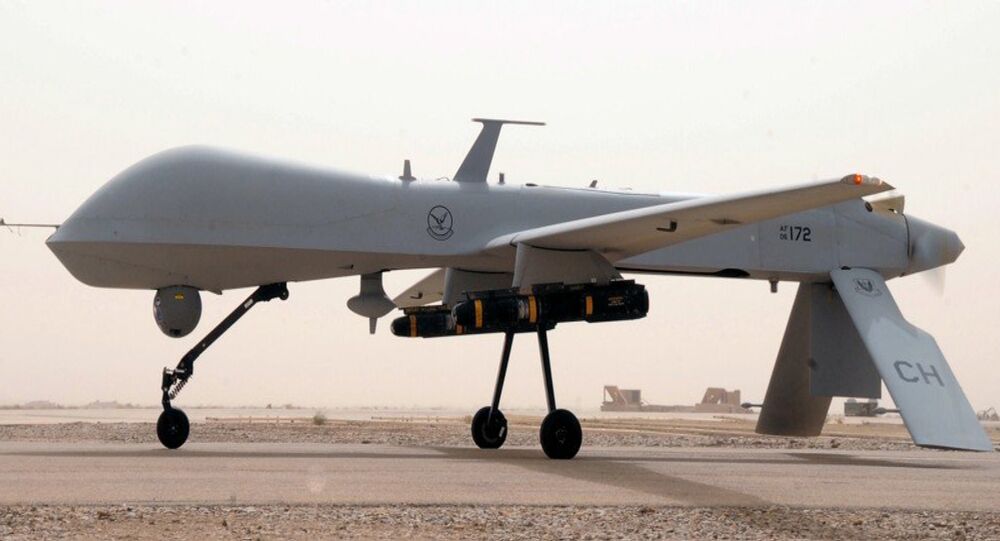 CODEPINK Cofounder Medea Benjamin claims that the US government must divulge information on its drone missions to kill Islamic militants after the American Civil Liberties Union sued the Central Intelligence Agency to expose the program.

"CODEPINK denounces the Obama administration for its use of killer drones and supports the whistleblower who revealed this information," Benjamin stated on Tuesday.

On Monday, the ACLU initiated legal action against the CIA to make it turn over details of the drone war program, a week after startling details emerged in a new leak from an anonymous intelligence source.

"For years, we at CODEPINK have claimed that killer drones are used to murder people without even knowing who they are, and now we have proof that 88 percent of those killed are not the intended targets," Benjamin asserted.

She also noted that the drones have caused more problems than they solved.

"The terror the killer drones have wrought has spread anti-American sentiment throughout the world, and their use has created a state of perpetual war with minimal transparency and accountability," Benjamin said.

Between January 2012 and February 2013, US airstrikes killed more than 200 people in Afghanistan who were later tagged as enemies killed in action, but only 35 of the those killed were targeted individuals, according to leaked data published by The Intercept.

Sputnik contacted the CIA for comment on the pending lawsuit. The agency declined and referred Sputnik to the US Department of Justice, which is yet to comment on the matter.

US Drone Crashes in Iraq