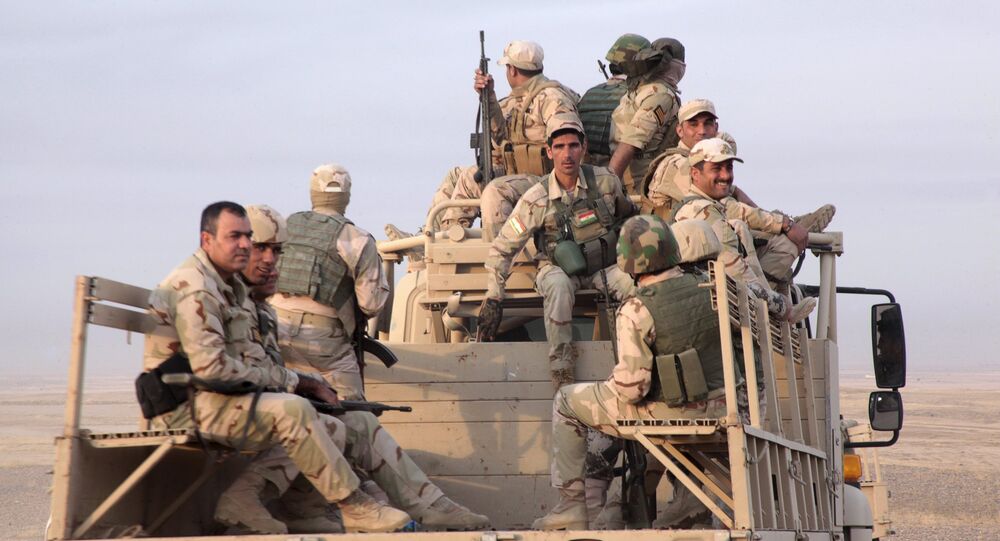 The 2016 US defense spending stipulates sending arms directly to the Kurds in Iraq in support of their efforts to fight the Islamic State.

WASHINGTON (Sputnik) — The 2016 National Defense Authorization Act (NDAA) would allow the Obama administration to send arms directly to the Kurds in Iraq in support of their efforts to fight the Islamic State, US House of Representatives Armed Services Committee Chairman Mac Thornberry said on Tuesday.

"In Iraq, if the Secretary [of State] cannot certify that the Iraqi government is inclusive, then they [United States] are authorized to give weapons directly to the Kurds, to the Sunni tribes and other groups, so that everything doesn’t have to go through Baghdad," Thornberry stated at the Brookings Institution.

On Wednesday, the US Senate passed the 2016 NDAA with enough votes to override a presidential veto. President Obama had threatened to veto the bill that skirts automatic spending caps for military spending, but leaves them in place for spending on domestic programs.

Since 2014, the Islamic State has captured large areas in Syria and Iraq. Its advance is allegedly being countered by an airstrikes campaign of a US-led coalition of 62 nations, as well as an air campaign conducted by Russia. Kurdish forces, as well as Syrian and Iraqi troops, are fighting the Islamic State extremists on the ground.