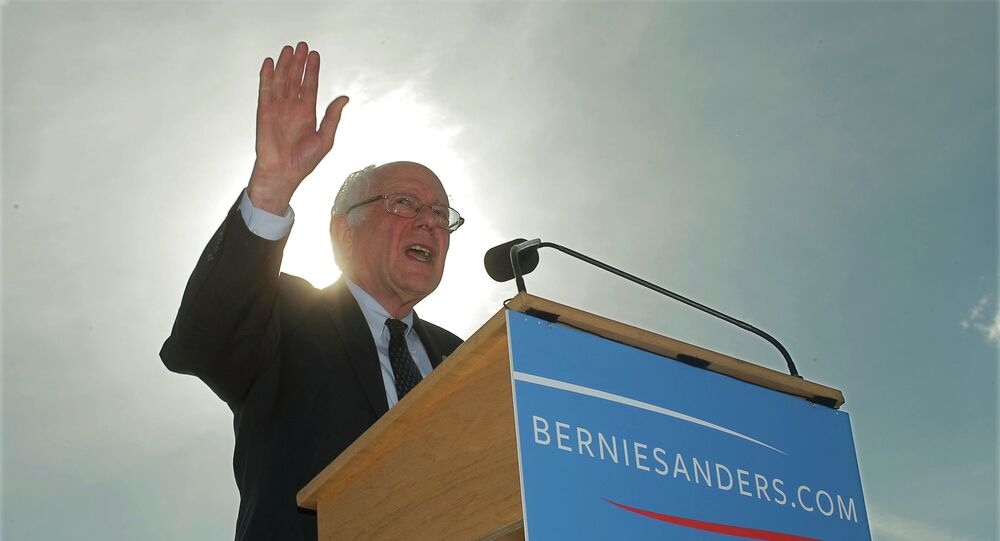 Big pharma CEO Martin Shkreli is livid after his donation to presidential candidate Bernie Sanders was rejected and passed on to an AIDS clinic.

© Flickr / Chris Potter
Company Hikes Price of Life-Saving AIDS, Cancer Drug by 5,000%
The Turing Pharmaceuticals chief executive came under massive amounts of fire after raising the price of a drug frequently used in the treatment of AIDS and cancer patients from $13.50 to $750 — or 5,000%.

Sanders has been outspoken against the greed in big pharma and even launched an investigation into Shkreli’s company following the price hike.

In an effort to bribe Sanders to debate him on pharmaceutical policies, Shkreli donated $2,700, the maximum amount, to the presidential hopeful’s campaign.

Never one to be bought, Sanders passed the money on to a Washington DC community health center specializing in HIV/AIDS care.

“I find it bizarre that he won’t engage me because he’s been willing to use my name,” Shkreli told CNN Money on Sunday evening. “He singled me out, but dozens of drug companies have done what I’ve done.”

In response to Sanders’ rejection, Shkreli has taken to Twitter to express his outrage, even bizarrely faking an injury after tweeting that he was so angry with Sanders that he could “punch a wall.”

Naturally, the internet had some fun trolling the outraged poster child for corporate greed.

In an even stranger twist, Shkreli had endorsed Sanders for president last week, prior to the donation’s rejection.