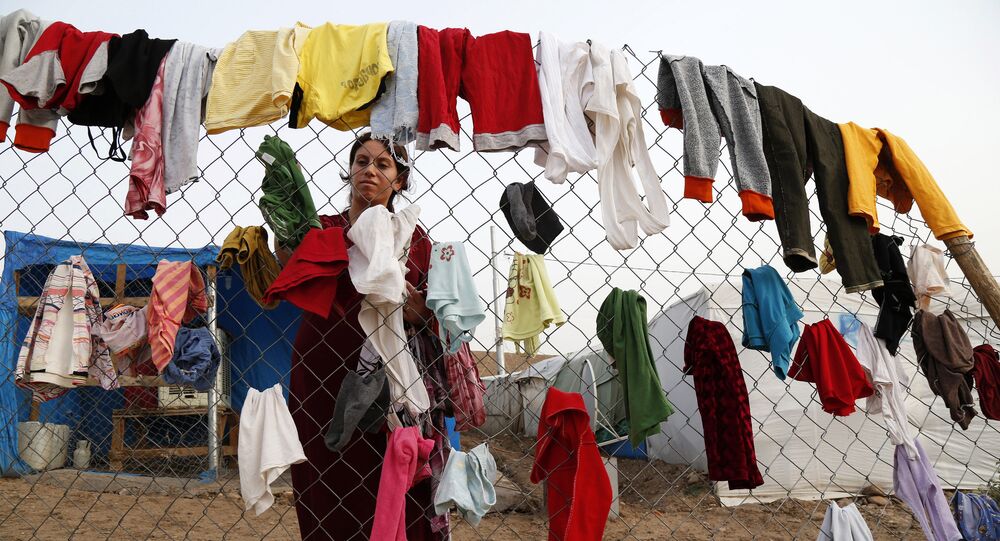 There have been many voices raised against US President Barack Obama’s plan to accept 10,000 Syrian refugees to the United States. Sponsored media is one of the loudest.

© Flickr / John Pemble
Ben Carson’s Presidential Campaign Funds Soar After Anti-Muslim Comments
Robert Shillman, founder and chairman of Cognex Corp., a company with a market value of $4 billion that produces manufacturing technology and that is well-known for sponsoring conservative and pro-Israel initiatives, finances FrontPage Magazine, a platform for anti-refugee propaganda, the Intercept reported.

In a series of anti-Islam articles published in FrontPage, writer Daniel Greenfield claims that the only “genuine” refugees from the Middle East are Christians, whereas Muslims fleeing conflicts in the war-torn region shouldn’t be given safe haven in the US, explaining they “are not victims, they are perpetrators.”

Another author reportedly funded by Shillman, Raymond Ibrahim, continues Greenfield’s line at FrontPage, claiming Muslim refugees are escaping “chaos created by the violent and supremacist teachings of their own religion, Islam.”

Shillman, according to the Intercept, also contributes funds to ACT! For America, a group working to block the settling of Syrian refugees across the US.

The Center for Security Policy, a think tank long criticised for islamophobic positions, has nominated Shillman for its Freedom Fighter Award in 2015.

Some 200 activists gathered outside a mosque in Phoenix, Arizona last weekend to protest the Islamic religion as part of a series of anti-Muslim manifestations nationwide.