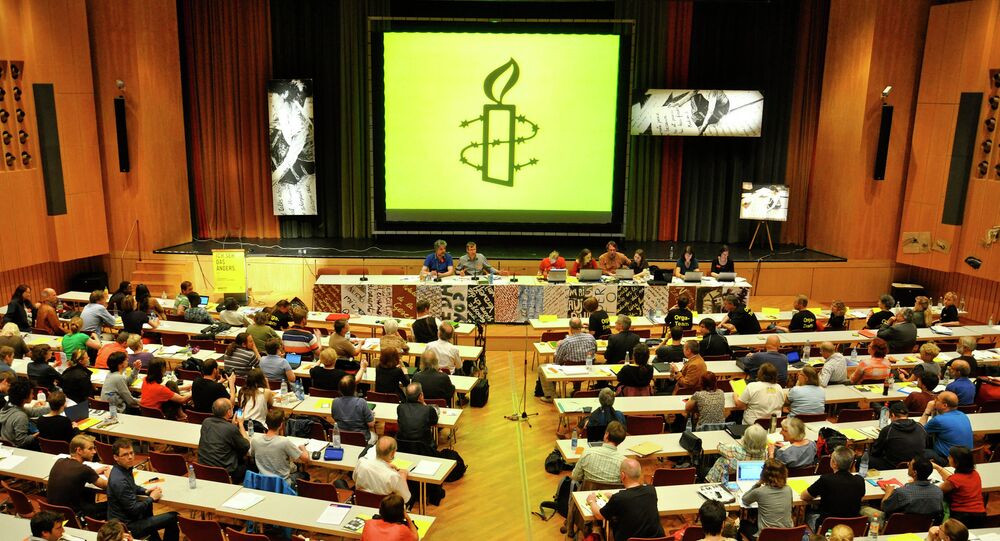 © AP Photo / Mohammad Sajjad
Leaked Documents Reveal US Foreign Operations Unlawful
WASHINGTON (Sputnik) — The US Congress should approve an urgent independent inquiry into the Obama administration’s use of drone strikes, following the publication of secret government documents on the practice, Amnesty International USA said in a press release on Thursday.

"These documents raise serious concerns about whether the [United States] has systematically violated international law, including by classifying unidentified people as ‘combatants’ to justify their killings," Amnesty International USA advocacy advisor Naureen Shah stated in the release.

On Thursday, the online media outlet The Intercept published a batch of secret documents, dubbed "The Drone Papers," leaked by an anonymous whistleblower.

"[The documents] reveal the startling human costs of armed drone use and highlight chronic flaws in the decision-making process behind the strikes carried out in multiple countries," the release said.

The documents showed that the Obama administration's preference for drone strikes took place despite knowledge that the intelligence they provided was faulty, leading to massacres which killed hundreds of innocent civilians, according to the release.

© AP Photo / dpa, Hannibal Hanschke
US Global Assassination Campaign Kills Numerous Unreported Civilians
"This warrants an immediate congressional inquiry into why the Obama administration has kept this vital information secret, including the real identities of all those killed in this global killing program," Shah asserted.

The documents, she added, prove the Obama administration had carried on the same widely condemned practices of indiscriminate use of drones around the world initiated by the George W. Bush administration.

"These revelations are further damning evidence that the Obama administration is continuing the Bush-era project of treating the world as a global battlefield while evading public accountability," Shah concluded.

Amnesty International is a London-based organization that works to protect human rights around the world and has three million supporters and volunteers in 150 countries, according to its website.