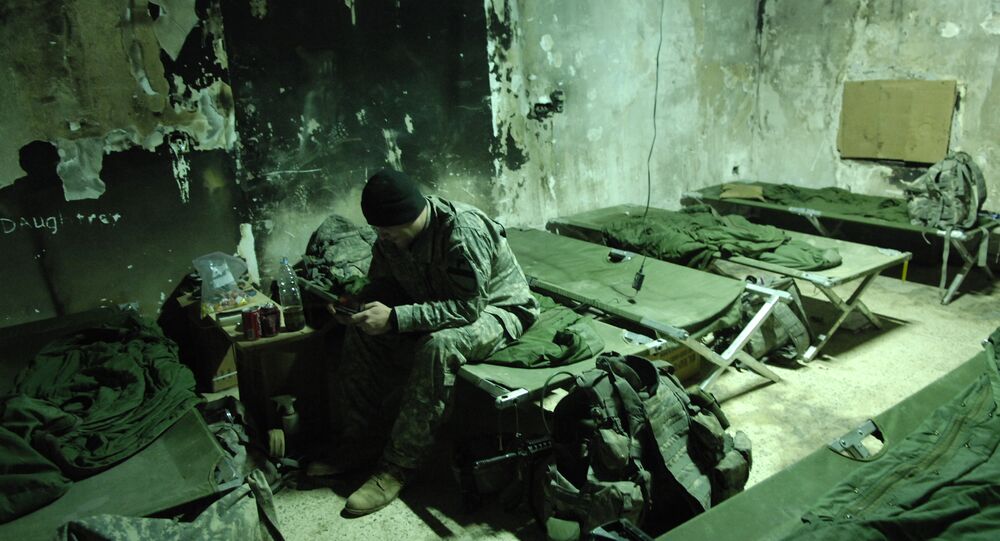 Faced with a dire combination of budget cuts and increased workload, military officials worry that the US Army may be stretched too thin.

The US Army currently has a yearly budget of roughly $120 billion. That’s obviously an exorbitant sum, approximately equivalent to what China spends on its entire military, but it’s still a significant decrease from the Army’s high of $144 billion. With austerity measures, that budget could fall even further.

Speaking at an annual convention of the Association of the United States Army on Monday, Army Secretary John McHugh stressed his concerns over such financial uncertainty, especially as the Army sees its role expanding.

"We’re on the ragged edge, and we’re in an extraordinarily rare position in American history where our budgets are coming down but our missions are going up," he said, according to Stripes.

The US military is spread across the globe, and the Army, in particular, serves in a number of capacities. Over 150,000 soldiers are stationed abroad, in Afghanistan, Iraq, Europe, South Korea, and Japan. While maintaining those operations on a dwindling budget is difficult enough, McHugh expressed concern that "unseen" problems could also arise.

© REUTERS / Hosam Katan
Run and Desert: US Strategy to Train Syrian Rebels Was Doomed From Start

He named the sudden rise of the self-proclaimed Islamic State terrorist group and the spread of terrorism in Africa as examples.

McHugh blamed these shortfalls on a misperception that the Army has become increasingly unnecessary in light of air and naval capabilities.

"At its core, it’s probably an unsupportable abundance of optimism," McHugh told Breaking Defense. "We’ve heard repeatedly [throughout history] that the sanitization of war was possible…that we could win wars totally from the air and from the sea."

Gen. Mark Milley, the Army Chief of Staff, also pointed to the Pentagon’s failed approach to combatting IS in Syria and Iraq. While sending in ground troops tends to be more politically difficult given the unavoidable loss of life, an army is often necessary for success.

"Unfortunately, we have well over a century of historical evidence to indicate that if your opponent has strong will and is cagey and cunning, they are likely to dig in and withstand bombardments from afar," Milley said, according to Breaking Defense.

"The first and opening shots of any conflict are likely fired from the sea and from the air, but the final shots are usually fired on the ground."

The Army is awaiting final word on its new budget, and according to McHugh, if Congress negotiates below what President Obama requested, it could be a turning point.

"[It is] going to put this Army and this nation in a very dangerous place," he said.

Army to New Yorkers: We Lost a Missile, Can You Help Us Find It?