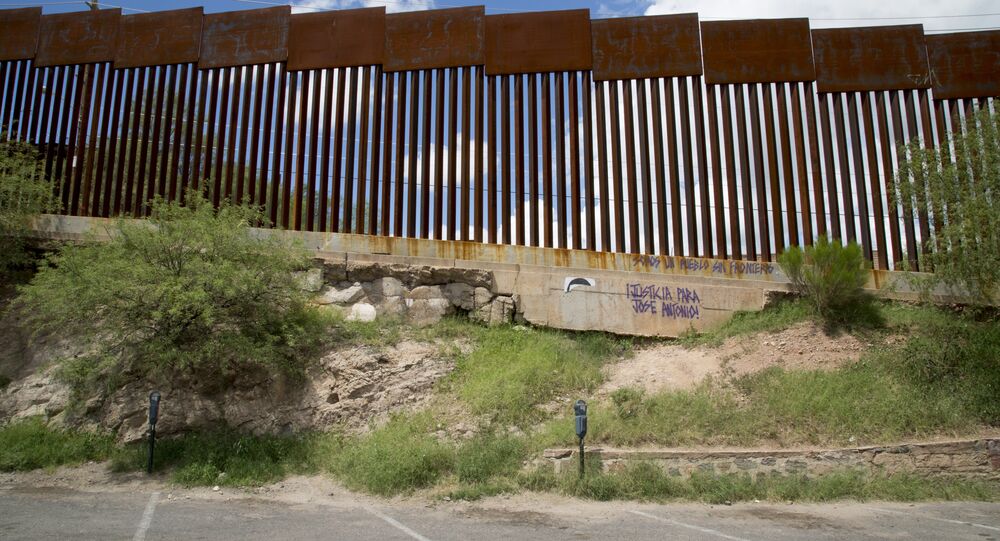 US Agent Indicted for Killing Mexican Teen Across the Border

A US Border Patrol agent was arraigned on federal murder charges Friday for killing a 16-year-old Mexican teen from across the border three years ago.

Agent Lonnie Ray Swartz is the first agent to ever face a murder charge for shooting a Mexican national across the border, though he is not the first to do so.

On October 10, 2012, Swartz shot and killed 16-year-old Jose Antonio Elena Rodriguez, who was just walking down a sidewalk in Nogales, Sonora.  Swartz was across the border in Nogales, Arizona.  He claims that he fired on the teenager in self-defense, against people who were throwing rocks on the other side of the fence.

The fence is made of iron, with 3.5-inch gaps, and built atop a steep embankment, making rock throwers, even if they existed, far from a threat.  Rocks would have had to have fit through the small spaces between the bars, or have been thrown 40-50 feet into the air to clear the tall fence and harm Swartz, NPR reported.

Rodriguez was shot ten times by the Border Patrol agent, eight of which hit him in the back.

Naturally, the union representing Swartz has come to his defense.

"A lot of us have been involved in rockings; I've been involved in rockings," Art Del Cueto, president of the Tucson chapter of the Border Patrol union, told NPR. "You have individuals, Border Patrol agents, they have to make split-second, life-and-death decisions. Unfortunately, with social media it's very easy to 'Monday-morning quarterback' somebody."

It is believed that Swartz emptied his handgun shooting at the 16-year-old, the reloaded and kept firing.

Mexican witnesses have maintained that the boy was not throwing rocks and was just walking down the sidewalk.  Surveillance footage of the incident exists, but has not yet been made public.

The agent claimed to have immunity from charges due to the US Constitution not applying in Mexico, but an Arizona judge ruled against the argument.

In April, a federal appeals court ruled that Border Patrol Agent Jesus Mesa Jr., who shot and killed 15-year-old Sergio Adrian Hernandez Guereca across the border, could not be sued on the grounds that the Fourth Amendment could not be asserted by a Mexican citizen who was shot in Mexico without “significant connection” to the United States, despite the shooter having fired from Texas.

"It is common ground, and the court does not deny, that the agent knew that it would have been wrong to kill a US citizen who was standing in Mexico," attorney for Guereca’s family Marion Reilly wrote in a statement. "So the court has ruled that it was appropriate for the agent to kill an unarmed teenager based on his nationality — don't kill him if he is a US citizen, but fire away if he is a Mexican."

If Agent Lonnie Ray Swartz is convicted, it could set new precedent for Mexican victims of US Border Patrol.

He may face life in prison if convicted.

Body Cameras to Be Installed on US Border Patrol Agents