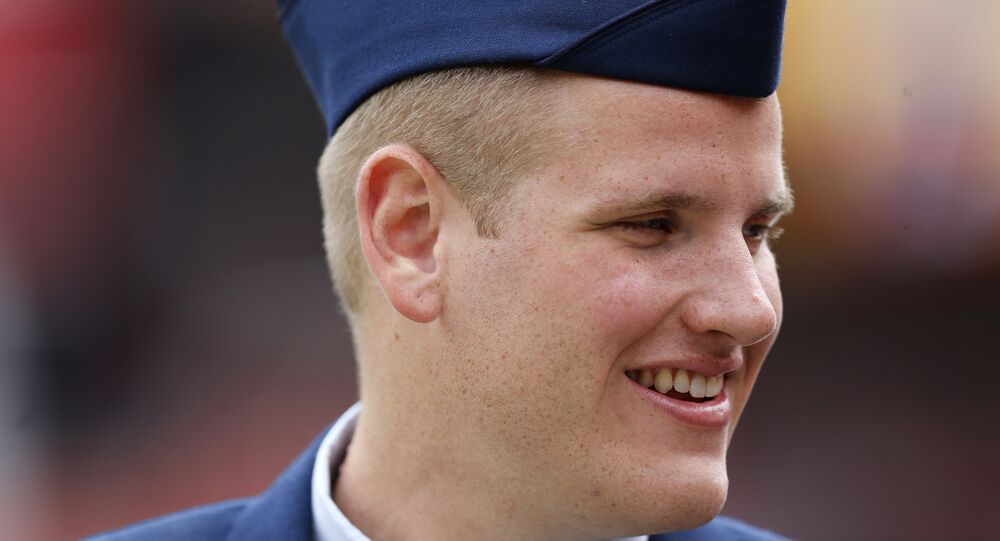 Lauded as an American hero, Spencer Stone was part of the trio that thwarted a train attack in France in August. He is now in serious condition after being stabbed several times during a fight outside a California bar on Thursday.

Stone, 22, of the US Air Force, along with two friends Anthony Sadler and Alek Skarlatos, helped to take down a gunman armed with a box-cutter, a pistol and an AK-47 assault rifle on board a high-speed train headed to Paris.  He was stabbed and slashed with a box cutter during the encounter.

Their bravery earned honors and praise from the presidents of both France and the United States.  When the men returned to their home in Sacramento, they were met with a parade.

Sacramento Deputy Police Chief Ken Bernard told reporters that early Thursday bar fight and subsequent stabbing had nothing to do with terrorism, or his actions in France. The man who stabbed him is not believed to have known who he was.

“At approximately 1 AM, Airman First Class Stone was involved in a stabbing incident in Sacramento,” Air Force spokeswoman Rose Richeson said in a statement.

The fight took place outside a bar in an area known for its night-life.

Initially, doctors did not believe that Stone would survive the injuries, but on Thursday they reported that they had controlled the bleeding.  The hospital has now listed his condition as serious, but stable.

"He's out of surgery and doing well. He's been upgraded so no longer critical and it looks like he's going to be okay. All I can say is that this world is not short of idiots," his father Brian Stone told People Magazine.

It remains unclear whether Stone had been drinking, but the four friends he was out with had been.

His assailants, two or three people, have not yet been apprehended.  They reportedly fled the scene in a gray or black Toyota Camry.

The incident was captured on surveillance camera.

Donald Trump Slams Senator McCain, Says 'He Is Not a War Hero'

Snowden’s Lawyer: 'I Don't Hesitate to Say He's a Hero'