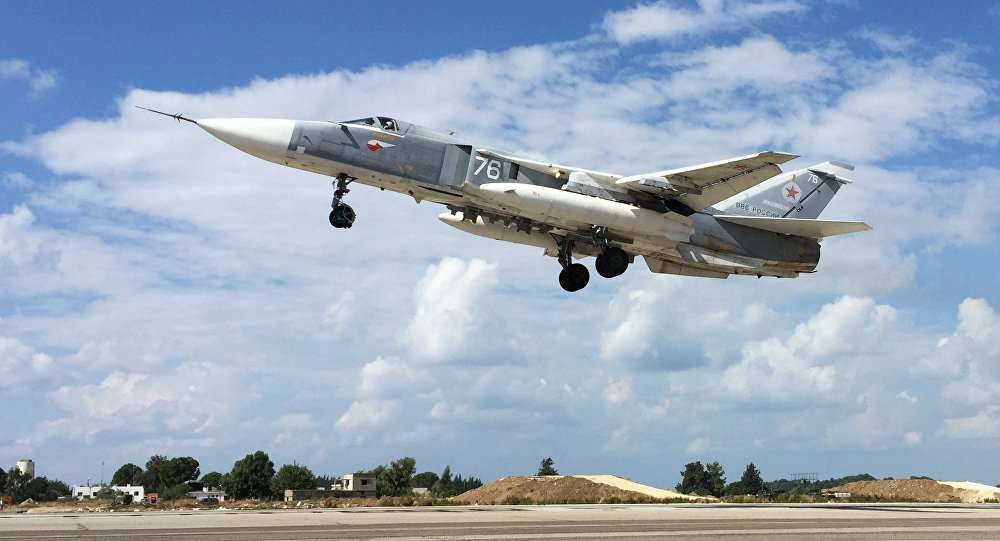 US House Foreign Affairs Committee Chairman Ed Royce claims that Russia has carried out more military operations in Syria since the end of September that the United States managed to do in couple of years.

WASHINGTON (Sputnik) — Russia has carried out more military operations in Syria since the end of September that the United States managed to do in couple of years, US House Foreign Affairs Committee Chairman Ed Royce said in a statement on Thursday.

"Putin has taken more action in two weeks in Syria than Obama has in two years," Royce said. "Our Defense Secretary is criticizing the Russian strategy, but where is ours?"

The Foreign Affairs Committee chair noted that Russia is "quickly undermining" US influence in the Middle East.

Last week, Russia announced it had embarked on an air campaign in Syria against ISIL terrorists at the request of Syrian President Bashar Assad. The country has so far delivered a total of 112 airstrikes against the terrorist group, according to the Russian Defense Ministry.

© AFP 2019 / MANDEL NGAN
US Unwilling to Have Proxy War With Russia Over Syria
On Wednesday, four Russian ships in the Caspian Sea launched 26 cruise missiles against the Islamic State in Syria, destroying all the set targets.

The United States leads a coalition of 62 nations against the Islamic States, and has conducted airstrikes in Syria since September 2014, albeit without the approval of the UN Security Council or the Syrian government.

The White House claims that the US strategy to fight the terrorists is successful, despite a number of "setbacks," including the fall of Ramadi, the capital of Iraq’s Anbar province.

On Monday, former chief of the Defense Intelligence Agency (DIA) Michael Flynn said the US strategy for dismantling the Islamic State in Syria lacks consistency, and urged Washington to cooperate with other countries in the region against the terrorist group.

US to Boost Jordan’s Border Security With Syria