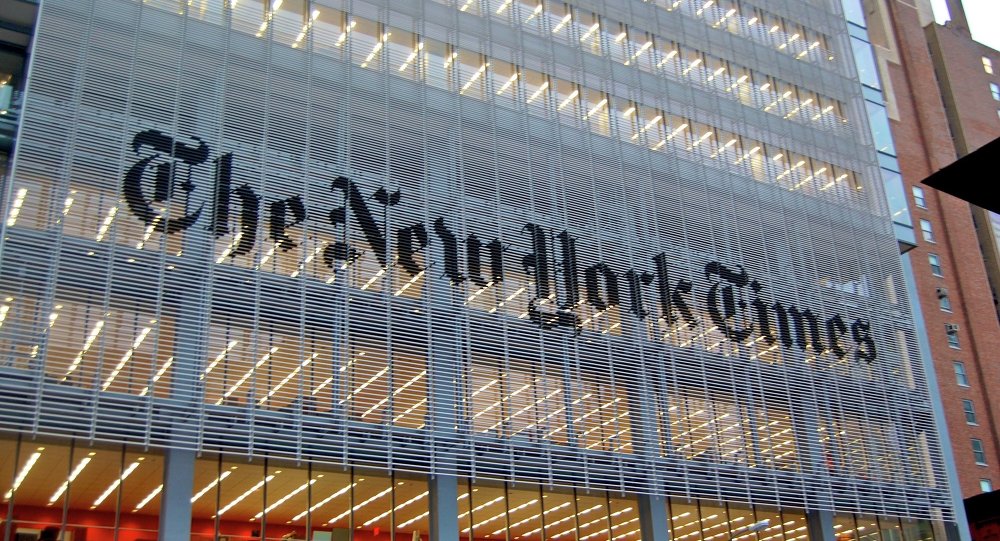 'Govt Supervised' NYT Slammed for Getting Putin, Obama 'All Wrong' on Syria

In the US information war aimed against the Russian air campaign in Syria, perhaps no outlet has been more misleading than the New York Times.

"Putin stupidly went into Syria looking for a cheap sugar high to show his people that Russia is still a world power," Friedman wrote in the NYT last week. "Watch him become public enemy No. 1 in the Sunni Muslim world. 'Yo, Vladimir, how’s that working for you?'"

But Friedman’s unfounded statements shouldn’t be altogether surprising, given his employer’s history of toeing the line of the US government.

Since the Russian airstrikes began, the New York Times – as well as the vast majority of Western media – has spread the Pentagon’s falsehoods about the conflicts.

"We are always encouraged to find anything Putin does devious and the outcome of hidden motives and some obscure agenda having to do with his pouting ambition to be seen as a first-rank world leader," Smith writes.

"From the government-supervised New York Times on down, this is what you read in the newspapers and hear on the radio and television broadcasts."

So Friedman’s self-described "defense of President Barack Obama’s policy on Syria," falls in line with that doctrine.

While Friedman may claim to disprove of the airstrikes because "Putin and Russia would be seen as going all-in to protect Assad, a pro-Iranian, Alawite/Shiite genocidal war criminal," it’s hard to ignore the true source of such hyperbolic statements.

Friedman’s views – and those of the New York Times – owe allegiance not to truth, but to American empire.

When in Doubt, Take on Debt: Poroshenko to Sign Off on $2Bln EU Loan