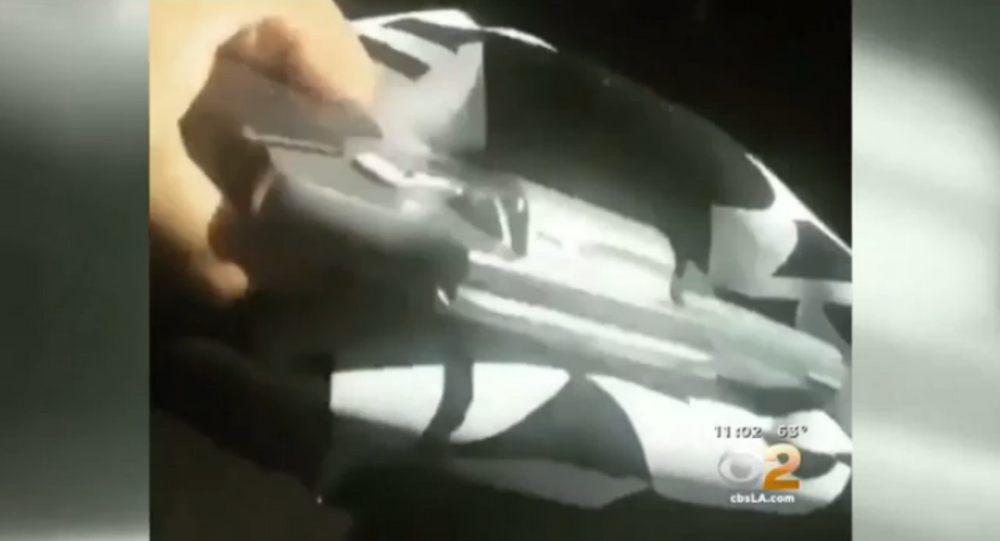 The Los Angeles Police Department is blaming a 15-second long promo video posted to Instagram by a 1990’s rap group trying to make a comeback, for two of their officers killing a man on Saturday night.

The short video by the group Brownside was taken from a car behind an LAPD patrol vehicle.  It showed the vehicle, then panned down to show someone holding a revolver, then cuts back to the patrol vehicle as an officer exits and walks off.

The LAPD took the promo video as a threat, and warned all officers to be on alert during their roll call meetings.  Two of the officers were briefed on the video on Saturday, including warnings that they may be ambushed from behind, and it would spook them so badly that they killed someone later that evening.

Attorney Gary Fullerton who is representing the officers stated that the pair had seen the video in at least two roll call meetings they had attended.

On Saturday evening, a man threw a beer bottle through the patrol car vehicle of the officers.  Thinking they were being ambushed and shot at, they shot and killed the man.  The officers told investigators that they believed they were under attack due to seeing the video.

“Both officers were very focused on that (the video),” Fullerton told the LA Times. “When the window got blown out, they looked at each other and said, 'We're being shot at.'”

Fullerton defended their actions by explaining that even if the video was not a threat, there are others who want to hurt police officers.

“Officers feel very, very vulnerable out there right now. They feel that at any moment somebody could attack them,” he said. “The officers feel terrible because they were 100% convinced that the guy was shooting at them.”

The victim’s name has still not been released as the department has not yet located his family.  He was unarmed.

Despite the fact that the LAPD acknowledges the video is not a threat and was simply made as a promo video, a warrant has been issued for the man seen holding the gun.   The search warrant was carried out on his home on Tuesday morning and the department has been in touch with his attorney.

A member of the group named Toker told TMZ that his brother is the one in the video, and the gun is a plastic prop that they had bought earlier in the day for a music video they were making.

"The investigation revealed that the film was made by members of an early 1990s rap group no longer in fashion," an LAPD statement said, and was "posted on social media to ignite a comeback."

They also arrested another person involved with the video on an old outstanding warrant involving a property crime.