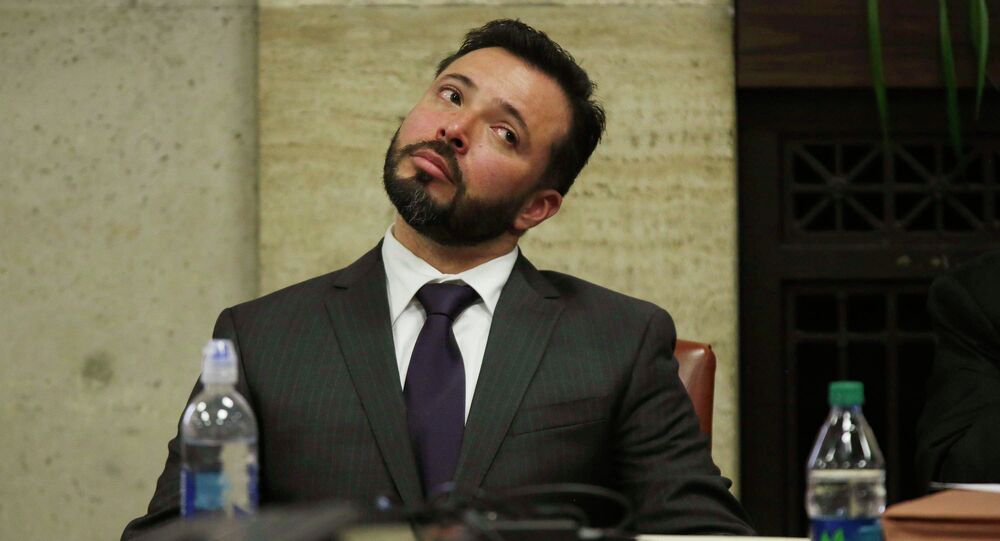 The editorial board at the Chicago Tribune made a surprising move on Friday when they called for the termination of a police officer in a piece bluntly titled; ‘Fire this cop.’

In April, Chicago Detective Dante Servin, a 24-year veteran of the force, was cleared on charges of involuntary manslaughter and reckless conduct after he fired his gun into a crowd in a dark alley and killed an innocent woman named Rekia Boyd.

The absolutely shocking outcome came when the Cook County Judge Dennis Porter ruled that Servin could not be convicted of involuntary manslaughter because he actually committed first-degree murder and that is what he should have been charged with.

By charging involuntary manslaughter, prosecutors argued that Servin had acted recklessly when he fired his weapon into a dark alleyway. A fair assumption. But according to Illinois law, the very act of firing a gun at an individual is considered "beyond reckless," according to Judge Porter, and "it is intentional and the crime, if any there be, is first-degree murder."

Essentially, aiming a gun is always a purposeful act, and can, presumably, never be considered involuntary manslaughter.

So, Servin literally got away with murder.

Because of double-jeopardy laws, Servin is completely off the hook. Now that he has been acquitted of the manslaughter charges in the case, he can no longer be retried for murder.

On the night of March 21, 2012, Servin was off duty and in his own vehicle when he began arguing with a group of people in the early morning hours.

Sitting in his car parked along an alley on Chicago’s West Side, Servin fired five shots, over his shoulder, in the direction of four individuals. The detective maintains that he felt threatened when one of the four, Antonio Cross, pulled a gun from his waistband and charged the car. Police on the scene found a cellphone on Cross, but no gun.

Rekia Boyd, 22, was shot in the back and died two days later.

"Any reasonable person, any police officer especially, would’ve reacted in the exact same manner that I reacted," Servin told reporters on Tuesday. "And I’m glad to be alive. I saved my life that night. I’m glad that I’m not a police death statistic. Antonio Cross is a would-be cop killer, and that’s all I have to say."

Meanwhile, Chicago police Superintendent Garry McCarthy proclaimed that Servin should never have been charged with a crime at all, despite his horrifically reckless actions.

Now, a panel which reviews cases of police brutality have reached a decision on Servin and they recommended he be fired, the problem is, McCarthy has the final say in the decision.

The case is so wrong, the Chicago’s most respected newspaper has called for the officer’s termination.

Servin may have got away with murder, but the Tribune noted; “he can, however, lose his job. And he should.”

“Servin has said he feels lucky not to be "a police death statistic," and has called Cross "a would-be cop killer." But Servin wasn't putting his life on the line to protect the public; he was making a late-night burger run after finishing a shift at a second job. He had called 911 earlier to complain about the noise in the park across the street.” The editorial board wrote.

They weren’t done there, however.

“He didn't identify himself as a police officer when he asked Cross and his friends to keep it down. Things escalated from there. When Servin saw Cross pull an object from his waistband, he fired over his shoulder from the moving car.” The editorial continued.

“Prosecutors called that reckless, and the judge said it was worse, ending the case on a bizarre technicality.”

The board reminded McCarthy that this officer’s “beyond reckless” actions took the life of an innocent young woman.

“That doesn't change the fact that Servin's poor judgment — and his ‘beyond reckless’ actions — ended the life of a young woman who had done nothing wrong.”

The board ended the piece on no uncertain terms, stating that keeping this cop off of the streets is a public safety issue.

“Superintendent McCarthy, your recommendation should be to fire this cop. The streets are safer without him.”