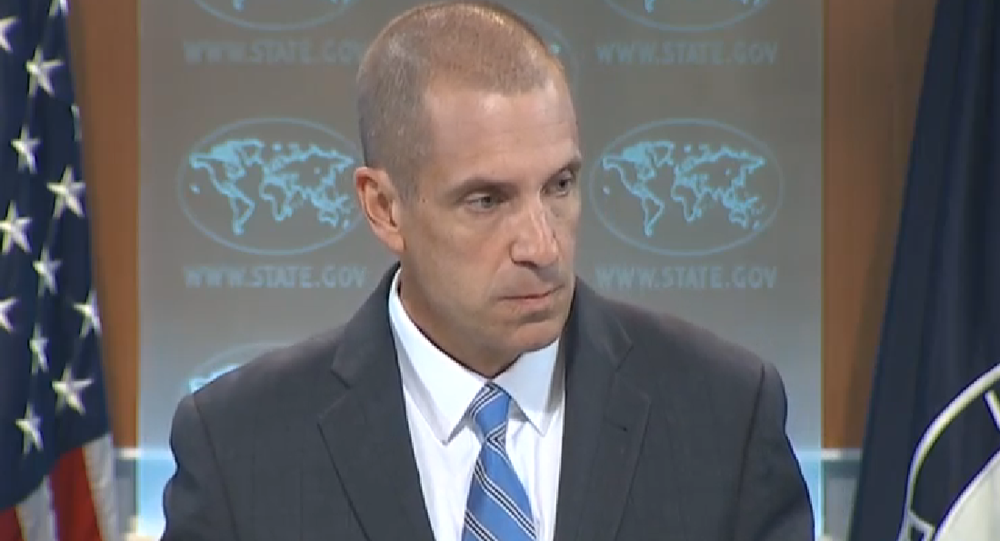 An American journalist on Monday called out the US State Department for the hypocrisy it has demonstrated in the wake of a US shelling of an Afghan hospital that killed 22 civilians.

© AP Photo / Médecins Sans Frontières
Kunduz Attack 'Should Not Be Left for the US Alone to Investigate,' Former US Defense Official Says

"The United States is appalled by today's disgraceful shelling outside an UNRWA school in Rafah sheltering some 3,000 displaced persons, in which at least ten more Palestinian civilians were tragically killed," State Department Spokeswoman Jen Psaki said in a statement at the time.

"The coordinates of this school, like all UN facilities in Gaza, had been repeatedly communicated to the Israeli Defense Forces. We once again stress that Israel must do more to meet its own standards and avoid civilian casualties. UN facilities, especially those sheltering civilians, must be protected, and must not be used as bases from which to launch attacks. The suspicion that militants are operating nearby does not justify strikes that put at risk the lives of so many innocent civilians. We call for a full and prompt investigation of this incident as well as the recent shelling of other UNRWA schools."

Lee asked Toner if the administration's policy had since changed in regard to launching strikes that target militants, but could risk civilian lives.

Toner responded by saying the State Department "mourned the loss of life" that occurred in the Afghanistan bombing. He added that the US military encourages all governments to take "every measure possible to avoid civilian casualties."

Unsatisfied with the answer, Lee pressed Toner further, repeating the argument of Doctors Without Borders, which said it had provided the US military with the coordinates of the hospital prior to the fatal airstrike.

"But the question is if – the question is: If the suspicion that militants are operating nearby does not justify strikes on a humanitarian facility for which the coordinates had been given, that it seems to have changed," Lee said.

Toner said he could not "get into" the incident and whether the coordinates were known, because it was all speculation.

But Lee, in light of the United States' tepid response to the Afghanistan incident, pointed out that America condemned Israel's actions prior to an investigation into that incident.

"So can you say now, knowing what you did, that you – that this shelling of this hospital was disgraceful and appalling?" Lee asked.

Toner responded: "I would only just reiterate our sincere condolences to the victims of this attack and just again underscore the fact that we’re going to investigate this thoroughly. And as I said, once those investigations are complete, we’re going to take steps to – either to hold any responsible parties accountable or to take measures that avoid any kind of accident like this in the future."