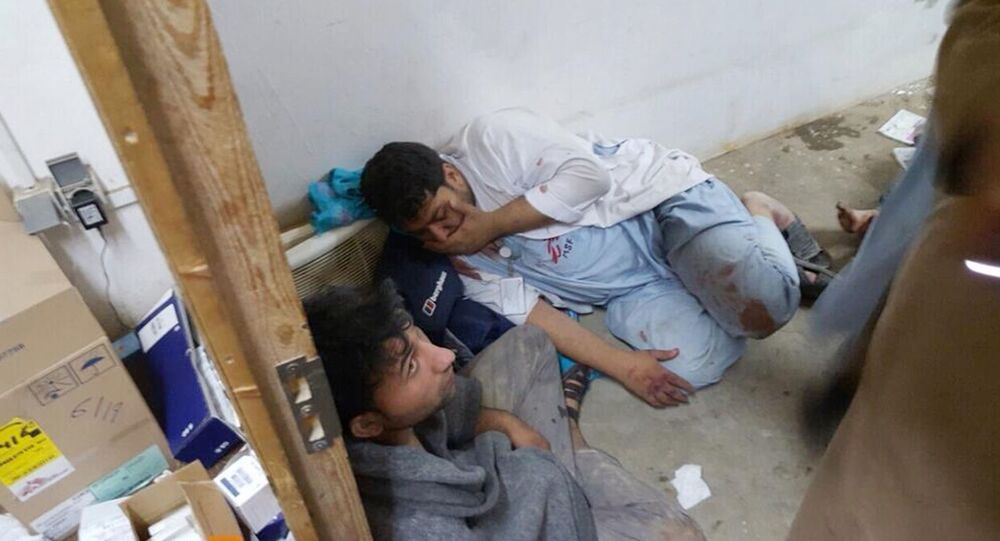 After the United Nations said it would allow the United States to conduct its own investigation into the airstrike which left 22 civilians dead in a Kunduz hospital, many in the international community called foul. One of those critics is former US Defense Department official Michael Maloof.

Ever since an American airstrike struck a Doctors Without Borders hospital in Afghanistan on Saturday, the Pentagon has repeatedly shifted the blame. While the US government at first said the incident was an accident, responsibility is now being pinned on the Afghan government, who reportedly requested the strike.

But as Michael Maloof, a former senior security policy analyst in the US Office of the Secretary of Defense tells Radio Sputnik, that finger pointing means little.

"It’s one of the few times, that I’ve heard, that we’ve responded just to what the Afghan security forces requested in terms of an airstrike," Maloof says.

"Even if they approved such an action, it would still have to be approved by a US commander."

© AP Photo / Médecins Sans Frontières
Shocking: UN Trusts US to Investigate Itself, Will Hold Off on Kunduz Bombing Probe

Maloof also brings up the conflicting reports about gunfire emanating from the hospital prior to the bombing. While the US government has used this detail to justify its actions, hospital staffers have refuted those claims.

"It’s not certain that there was gunfire coming from this hospital," Maloof says.

"Frankly, I don’t think it should be left up to the United States alone to investigate what constitutes a war crime," he adds. "I really think it really requires an international group to examine…what occurred because of the horrendous nature of what took place."

Maloof also entertains the possibility that forces on the ground may have manipulated the Pentagon into bombing the hospital. But even if such a farfetched scenario proved true, it still wouldn’t change the fact that the US military ordered the strike.

"There should be someone from the US side who can validate and verify so that the commander can be reasonably sure that it wasn’t a 'put up job,' if you will."

Of course, even if an international body were to investigate the incident, conflicting accounts from Washington are sure to muddle the process.

"We are far from having a conclusion on this, let alone a satisfactory conclusion."

With at least 22 casualties reported, Doctors Without Borders, also known as Medecins Sans Frontieres, has been vocal about its outrage. The organization has refuted many claims made by the US government, and has called the airstrike a war crime.

"I’m really concerned that this could be swept under the rug, given the horrendous nature of it," Maloof said.