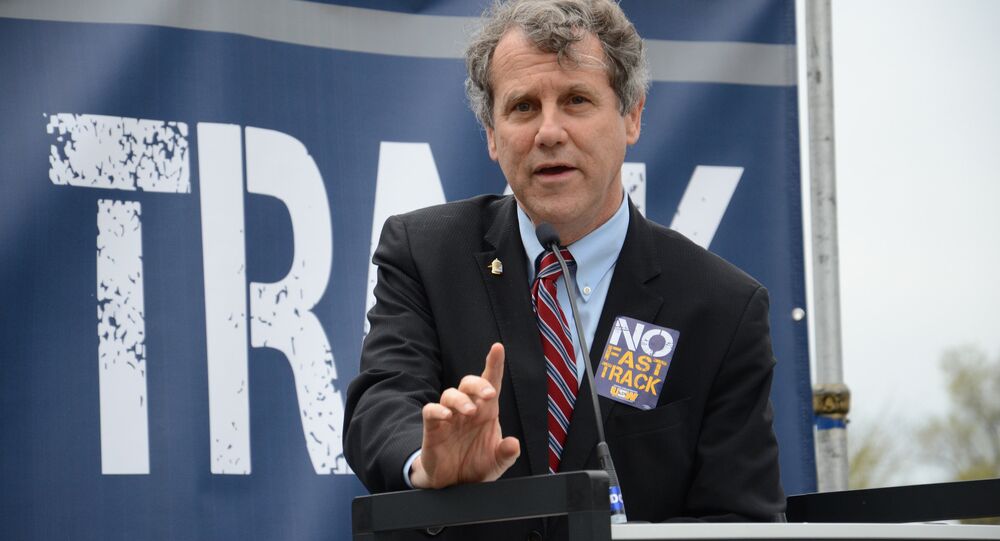 US Senator Sherrod Brown said that the Trans-Pacific Partnership (TPP) deal limits access to affordable medicines and will have serious consequences for the US and global health standards.

“A deal [TPP] that limits access to affordable medicines will have serious consequences for the US and global health standards,” Brown said.

Earlier on Monday, twelve countries of the Pacific-Rim region reached an agreement on the wording and subject matter of the TPP deal designed to cover about 40 percent of the global economy.

The free trade agreement eliminates about 18,000 taxes previously imposed by the Asia-Pacific nations on US goods, including machinery, automobile and agriculture products, according to the White House.

© AFP 2020 / Saul Loeb
TPP: What You Need to Know About One of the World’s Biggest Trade Deals
The US government has previously been criticized for secrecy that surrounded TPP negotiations. Members of the US Congress argued there were many restrictions limiting access to the text of the deal.

“I urge USTR [US Trade Representative] to make the text public immediately in order to allow Congress, their staff, and the public to see for ourselves how the TPP will affect American workers,” Brown said.

The TPP deal is expected to be voted on in the US Congress early in 2016. Besides the United States and Canada, the TPP deal includes Australia, Japan, New Zealand, Mexico, Taiwan, Peru, Brunei, Chile, Singapore and Malaysia.