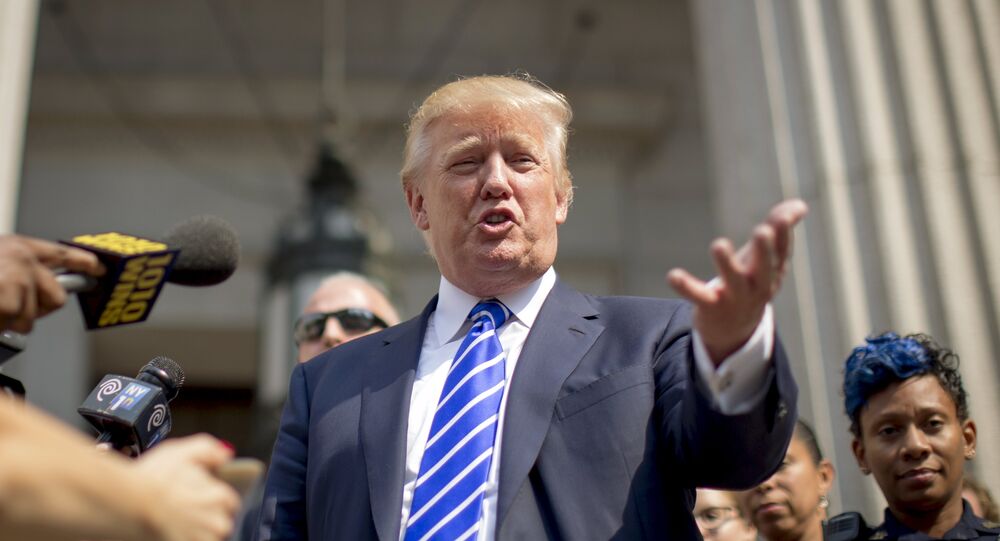 The Middle East would have been a more stable and safer place if Saddam Hussein and Muammar Gaddafi remained in power in Iraq and Libya while Bashar Assad was stronger in Syria, US presidential candidate Donald Trump said Sunday.

MOSCOW (Sputnik) — Meanwhile, US Secretary of State John Kerry said earlier this month that the United States will increase a number of refugees it takes over the next couple of years with 85,000 people allowed in next year and over 100,000 in 2017.

© REUTERS / Mike Stone
‘You’re Going Back, if I Win’: Trump to Kick Syrian Refugees Out of US if He Gets Elected

He added that Washington was helping in Syria to people who were “maybe worse than Assad.”

Libya is currently facing its worst wave of violence since the beginning of a civil war prompted by the 2011 overthrow of long-standing leader Muammar Gaddafi.

After the 2003 US interference toppled Iraqi leader Saddam Hussein, the country has been engulfed in ongoing violence. Large swathes of Iraq are currently controlled by the Islamic State jihadist group.

Syria has been in a state of civil war since 2011, with forces of the country's President Bashar Assad fighting opposition factions and numerous extremist groups, including Islamic State and the Nusra Front.

Since the beginning of the war, the United States and some of its allies have supported the so-called moderate Syrian opposition, calling for a regime change in the country.