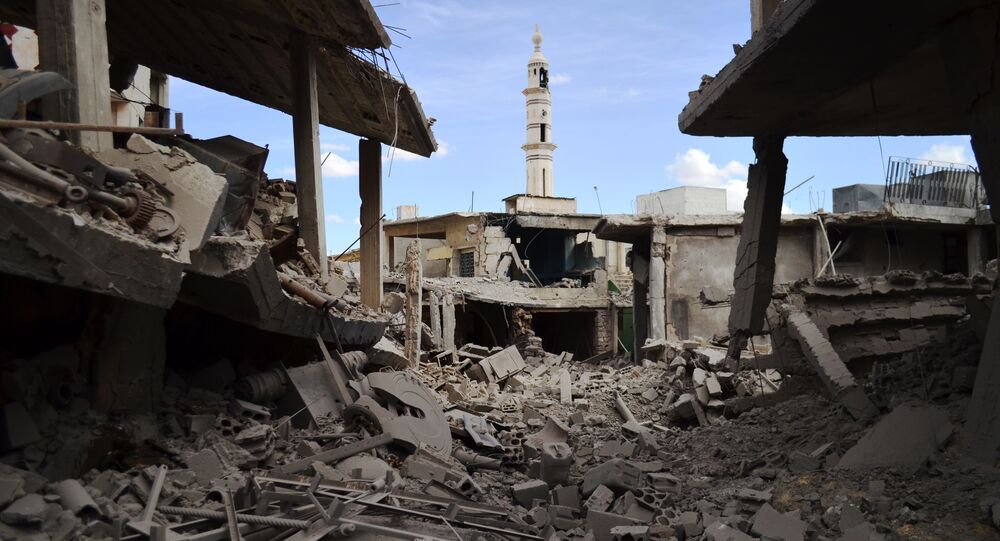 As soon as the first Russian bombs started falling on ISIL positions in Syria western media filled with reports about innocent civilians allegedly killed by these bombs, and the Pentagon said that ISIL terrorists were not the prime target of the Russian airstrikes, a US-based website reported on Friday.

“The United States, hell-bent on toppling the Syrian President Bashar Assad, has started an information war against the Russian aerial campaign against the Islamic State terrorist group,” Alex Thornborough wrote on the OpEdNews progressive antiwar activism and opinion website.

© REUTERS / Murad Sezer/Files
ISIL Militants Moving Families to Iraq Amid Russian Airstrikes in Syria
Alex Thornborough also quoted US Defense Secretary Ashton Carter as saying that fighting ISIL while keeping President Assad in power would only add fuel to the flames of the ongoing civil war in Syria and further destabilize the war-torn country.

Meanwhile, Syria’s UN ambassador said that Russia had every right to strike out at terrorists in Syria and Moscow slammed the Western attempts to unleash an information war against it.

Russia is dismissing claims that its airstrikes in Syria have killed civilians, saying the claims are false and part of an "information war."

Russian Foreign Ministry spokeswoman Maria Zakharova said on Wednesday that allegations made to this effect by the Syrian opposition appeared even before the airstrikes actually started."

“This is all part of the information war we have heard about before,” she said referring to the Pentagon’s statement about Russian pilots allegedly targeting the forces of the moderate Syrian opposition, not the Islamic State terrorists.